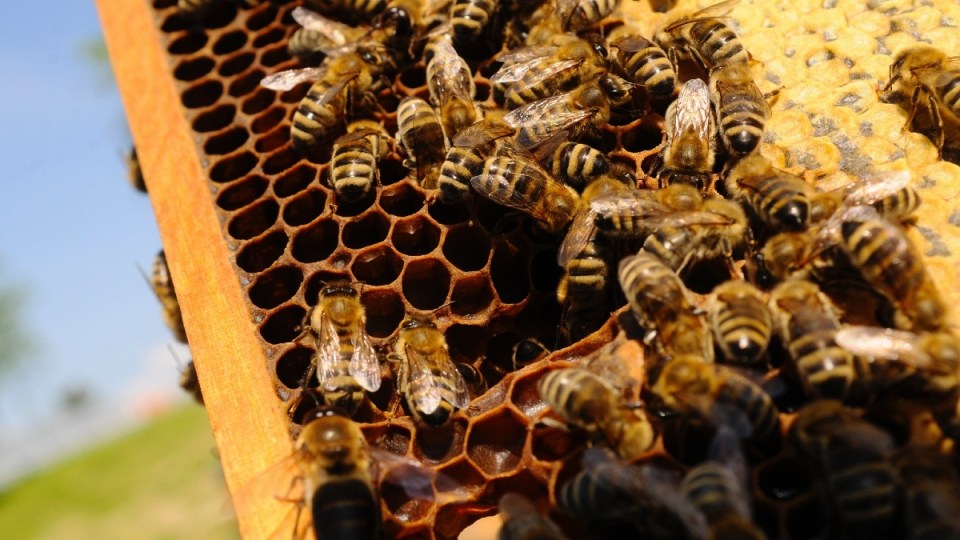 Australia's almond growers have been stung by a varroa mite-induced shortage of bee hives. Photo: Getty

There are calls for non-commercial beekeepers in NSW to be financially compensated if their hives are destroyed to fend off the devastating varroa mite.

Amateur apiarist Shane Djuric, based on the outskirts of Sydney in Pitt Town, said it would incentivise more beekeepers to come forward and help stop the spread.

“Human instinct is to protect your assets and someone might not be willing to come forward if their livelihood or hobby is destroyed,” Mr Djuric told AAP.

The NSW government is mulling cash payouts for commercial beekeepers – defined as operators with 50 or more hives – who are required to destroy their bees.

Mr Djuric has 45 hives, falling just short of being considered a commercial operator.

“Amateur beekeepers contribute a lot to the local community,” he said.

The Shooters, Fishers and Farmers Party’s Mark Banasiak shares Mr Djuric’s concerns that infected hives will not be destroyed because of the financial impact on owners.

“They are still at risk of this varroa mite,” the upper house MP told AAP.

“If they’re not properly incentivised to come forward with their hives for testing, that could cause a real problem for the industry.”

Mr Banasiak said larger amateur beekeepers like Mr Djuric could be making $60,000 a year off their hives.

“It’s still a significant loss and it’s a hit to the economy. That’s $60,000 he or she is not spending back into the economy,” Mr Banasiak said.

The MP called for a per-hive compensation rate for any beekeeper who could not be defined as a commercial operator.

Mr Djuric suggested a rate of about $500 per hive.

Another eradication zone was established in NSW on Thursday to contain the deadly varroa infestation as details of the compensation package are worked out.

The NSW Department of Primary Industries has confirmed it set up an emergency zone at a property in Calga, about 100 kilometres south of Newcastle, in response to confirmed detections of the mite.

Agriculture Minister Dugald Saunders said commercial operators would be compensated for destroyed hives and equipment, but there were no plans to cover lost income.

Hundreds of hives have already been destroyed as authorities try to contain the pest which can be devastating to bee populations.