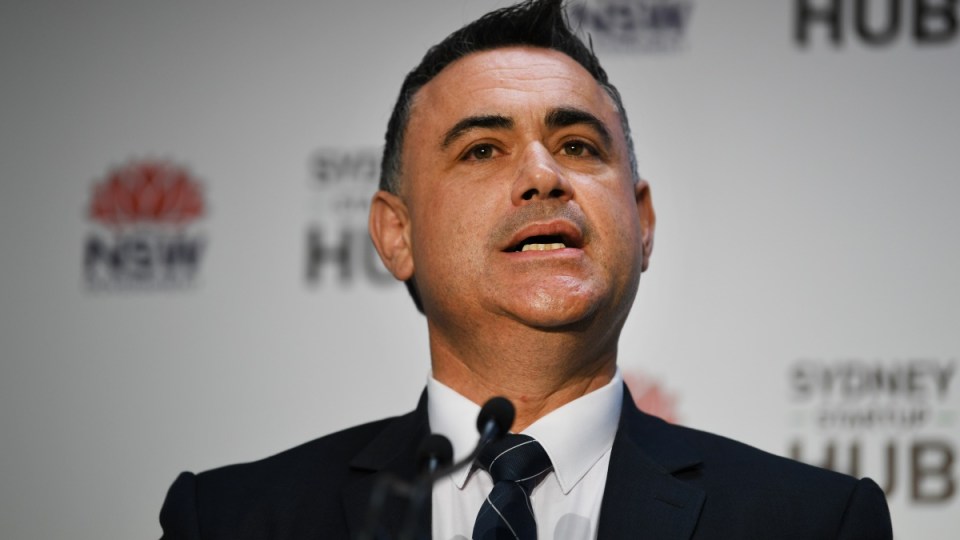 Police Minister David Elliott (l) has called on John Barilaro to give up his new overseas trade job. Photo: AAP

Police Minister David Elliott said the appointment, the subject of two inquiries, was “an unnecessary distraction” for the Perrottet government as it tries to spruik its big-spending pre-election budget.

“My very, very strong view is that he shouldn’t be going to New York and I’m pretty sure that that’s the view of the majority of people in this state,” Mr Elliott said on Sky News on Thursday.

“I expect him to withdraw and do the honourable thing, because quite clearly when you become the story over an appointment, well, then the appointment might be not in the best interest of the people of NSW.”

The government announced two weeks ago Mr Barilaro had been appointed as the senior trade and investment commissioner, a job he created when he was trade minister.

The appointment, and its convoluted recruitment process, has been a source of controversy for the Perrottet government.

Investment NSW boss Amy Brown told the inquiry she had to withdraw the verbal offer to Ms West in October after a request from Mr Barilaro’s office in late September to move the trade commissioner positions from an in-house decision for Investment NSW to one requiring cabinet approval.

The inquiry also heard the NSW government has spent nearly $1 million refurbishing part of the Australian consulate in New York for Mr Barilaro to occupy.

The parliamentary inquiry will resume on Thursday when Ms West will appear as a witness.

Premier Dominic Perrottet has also announced a separate review into the recruitment process, which he expects within weeks.