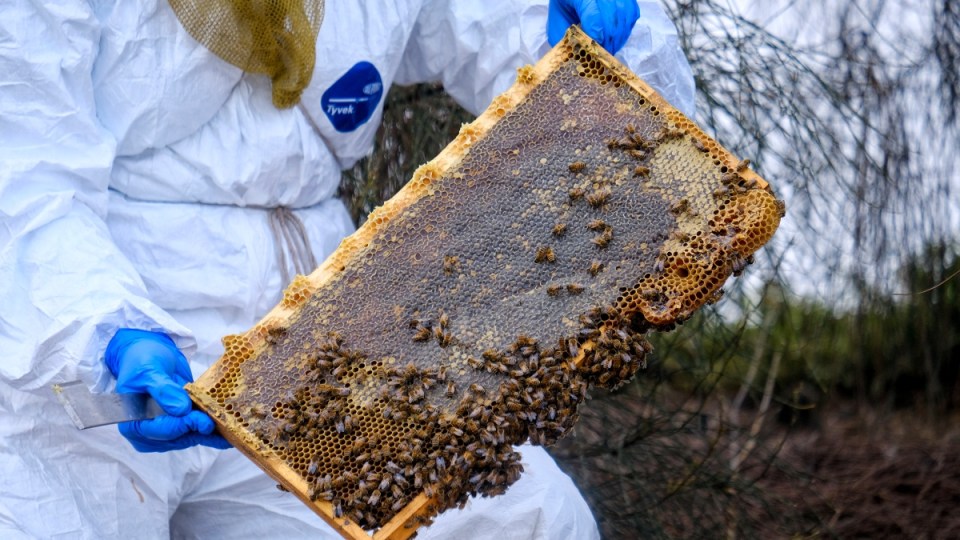 Hundreds of beehives are being destroyed as NSW tries to contain an outbreak of the varroa mite. Photo: AAP

Another eradication zone has been established in NSW to contain the deadly varroa mite as details of a compensation package are worked out for commercial beekeepers whose hives and bees are destroyed.

The NSW Department of Primary Industries has confirmed it set up another emergency zone at a property in Calga, about 100 kilometres south of Newcastle, in response to confirmed detections of the mite.

“DPI has put significant measures in place to arrest the spread of the threat and is being assisted by the apiary industry, Local Land Services (LLS), NSW Police, NSW Rural Fire Service (RFS) and the wider community,” he said on Thursday.

“So far many of the infested premises have been located very close together so the emergency zones covered largely the same areas but recent detections at Bulahdelah and Calga have expanded the area covered.”

NSW Agriculture Minister Dugald Saunders said commercial beekeepers will be compensated for equipment, hives and bees destroyed while authorities try to contain the mite, but there are no plans at this stage to cover lost income.

The minister said details should be worked out over the next week, but no compensation is presently on offer for recreational apiarists.

“We know that recreational beekeepers will play a big role in helping to help prevent the further spread of varroa mite,” he said.

“They aren’t included in the current compensation agreements. We are looking at what support we can provide them if there is a need for it.”

Mr Saunders urged beekeepers to report their hives whether or not they are registered, and said those who are not already listed will not be punished.

“There are not going to be fines imposed,” he said.

About 600 beehives with at least six million bees have been destroyed so far as NSW continues its attempts to contain the outbreak.

The minister said that figure could double or triple before the mite is contained.

Eradication zones are in place from the city of Newcastle north to Seaham, and another around Bulahdelah, with the latest to the south at Calga.

The NSW and federal agriculture ministers met on Wednesday afternoon to discuss the response to the discovery of the mite, which was first detected at the Port of Newcastle last week.

Around 440 beekeepers have been impacted, with that number to increase with the latest eradication zone established.

“At the moment the best thing people can do to help the industry is buy Australian honey,” he said.

“There is a significant amount of imported honey on the shelves.”

Authorities in NSW remain optimistic the pest could still be eradicated.

A ban preventing beekeepers from moving or tending to their bees remains in place in NSW.

No bees or beekeeping equipment can be moved anywhere in the state, and no honey or honeycomb removed from hives.

Hives must not be touched unless conducting surveillance for varroa mite or at the direction of an NSW Department of Primary Industries officer.

On Thursday, Victoria and Queensland joined South Australia in stopping bee products and related equipment from NSW entering their jurisdictions.