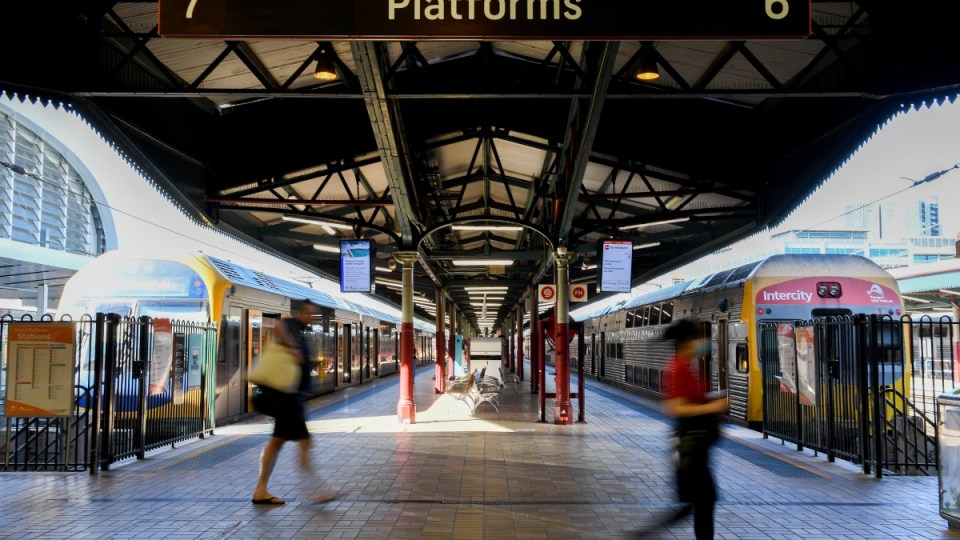 Industrial action will cause more problems for rail commuters in and around Sydney this week. Photo: AAP

The NSW premier says he is incredibly disappointed at industrial action by the rail and nurses’ unions, as commuters are warned of widespread delays and health staff stop work.

Train drivers began four days of action on Tuesday by limiting trains to a maximum speed of 60km/h, as the rail union ramps up a long-running safety dispute with the government over a fleet of Korean-built rolling stock.

Meanwhile, hundreds of nurses from 80 hospitals have walked off the job for various hours to take part in a mass meeting in central Sydney on Tuesday afternoon.

Transport for NSW says commuters can expect significant disruption to rail services as delays and cancellations increase during the week.

“In relation to trains, we have been engaging for some time. The instruction I have given my ministers is that I want those trains on the tracks as quickly as possible,” he told reporters on Tuesday.

The national rail safety regulator had advised the government the Korean-built rail fleet was safe to operate, despite claims from the Rail, Tram and Bus Union (RTBU) the fleet needs modifications, he said.

“The cost of these trains not being on the tracks increases every day at the expense of the taxpayers of NSW,” Mr Perrottet said.

Commenting on the nurses’ strike, the premier stood by the public sector wage offer to health staff of three per cent.

“But you have to ask the question, in circumstances where we have the highest pay increases, where we paid a $3000 support payment for our nurses and our health workers, that this is not about the pay conditions,” he said.

“This is about politics.”

“There’s widespread dissatisfaction amongst our members over the NSW government’s refusal to even consider safe staffing ratios,” she said.

The action by the rail union will escalate until Friday, when drivers will refuse to drive foreign-built trains, reducing the capacity of the fleet by 70 per cent.

Suburban trains are expected to run on an amended timetable, with regular services cut by half during the peak period.