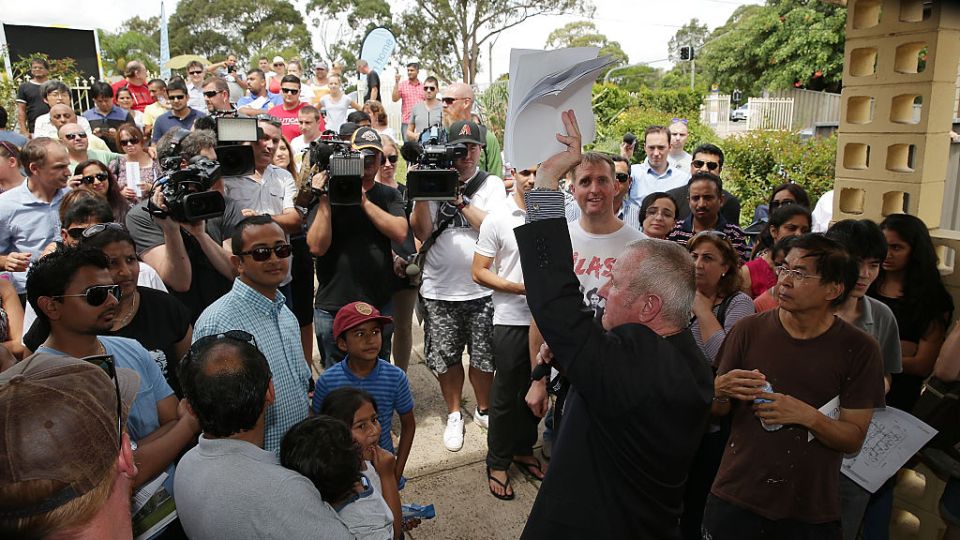 NSW's initiative is aimed at getting frontline workers and older buyers into the property market. Photo: Getty

Frontline workers and singles over 50 will receive “a leg up” into the NSW property market, with the state government to introduce a shared equity housing scheme in this week’s budget.

Premier Dominic Perrottet says housing affordability is becoming a challenge for families across the state.

“We are announcing a shared equity scheme which will provide an opportunity for our frontline workers, our teachers, our nurses, our police officers, to get a leg up and get into the property market.”

The government will contribute up to 40 per cent of the equity of a new home and up to 30 per cent on an existing home, and those accessing it will be required to provide a two per cent deposit.

‘As easy as possible’

The scheme would tie in with the federal government’s shared equity scheme, together doubling the amount of homes available for frontline workers and singles over 50, the premier said.

NSW Treasurer Matt Kean said the announcement was about helping people reach their goals and live their dreams.

“One of the particular cohorts that we’re focused on is that cohort that is too often fallen through the cracks and that’s older singles, particularly women who are divorced,” Mr Kean said.

“What we want to do is make it as easy as possible for that cohort to get back on their feet safely.”

The government also announced the Aboriginal flag will have a permanent spot on the Sydney Harbour Bridge, making a $25 million commitment to install a third flagpole by the end of the year.

“Our Indigenous history should be celebrated and acknowledged so young Australians understand the rich and enduring culture that we have here with our past,” Mr Perrottet said in a pre-budget statement on Sunday.

The state government has also committed $37.9 million to improve before and after school care services and $206 million towards a sustainable farming program.

The NSW government also committed $56.4 million to the creation of a four-day walking track at the Dorrigo Escarpment through the Gondwana Rainforests on the NSW mid-north coast.

Some $28 million has also been committed to the state’s farm forestry industry, with funds going to the support and education of farmers following the introduction of a new code of practice this year.

Women in small business will also gain free access to TAFE courses and professional advice thanks to $15 million over the next four years.

NSW Labor Leader Chris Minns called on the government to include urgent cost of living relief in its upcoming budget, saying key measures including Dine and Discover Vouchers and $265 million in energy rebates had gone unused over the last year.