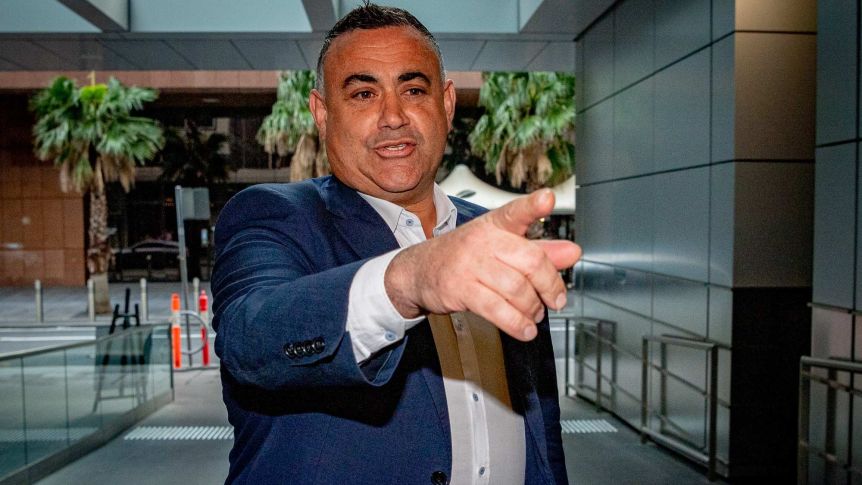 NSW Premier Dominic Perrottet has defended the appointment of former deputy premier John Barilaro as the state’s senior trade and investment commissioner to the Americas.

He was appointed after a “highly competitive and rigorous global talent search” managed by specialised recruitment firm NGS Global, the state government insists.

“That was an independent process … I believe he’ll make a very strong trade commissioner,” Mr Perrottet said on Saturday following opposition criticism of the appointment.

The Premier said it made sense for Mr Barilaro to be recommended for the post the former Nationals leader helped establish.

“(He) was instrumental in setting that up, so it doesn’t come as any surprise to me,” Mr Perrottet said.

“He was by far the most outstanding candidate and recommended by that panel to the government, and I’m sure he will do a brilliant job.”

Mr Barilaro resigned from state parliament in October last year, days after the shock resignation of then-premier Gladys Berejiklian that resulted in Mr Perrottet’s promotion to the top job.

Opposition Leader Chris Minns was quick to criticise the appointment.

“Are we really expected to believe that of 8 million people in NSW, (Mr) Barilaro is the best person to represent us?” Mr Minns wrote on Twitter on Friday.

Labor trade spokesman Anoulack Chanthivong said it was a “jobs for mates” appointment that proved the government did not respect taxpayer dollars.

“It says everything about Dominic Perrottet and this government that he gives his friend a taxpayer-funded job while at the same time giving workers across the state a real wage cut,” he said.

Mr Barilaro on Friday said he aimed to support business in his new role, including companies in fields such as fintech, cyber security, space, health and food and beverages.

Helen Sawczak was also appointed the role of senior trade and investment commissioner to China, with both incoming commissioners expected to relocate in the coming months.