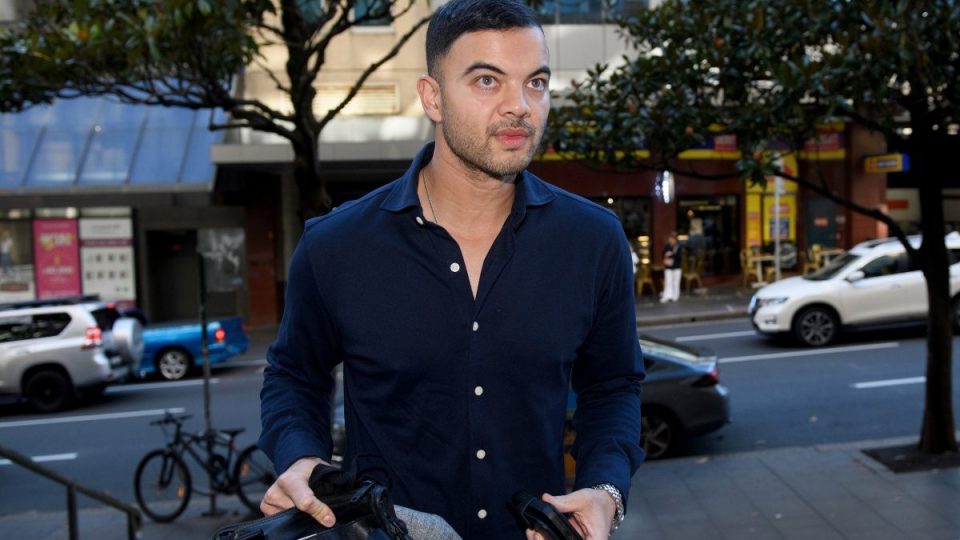 Guy Sebastian was evasive and “had a barrow to push” when he gave evidence at the embezzlement trial of his ex-manager, a jury has been told.

“You should approach anything Mr Sebastian says with a very cautious eye,” Titus Day’s barrister said on Friday in his closing address.

Day, 49, has pleaded not guilty to dozens of charges alleging he embezzled almost $900,000 owed to the pop star through royalties and performance fees.

His barrister Dominic Toomey SC told the NSW District Court jurors they must acquit if there was a reasonable possibility Day was not acting dishonestly in relation to monies collected and paid out.

“We submit that Mr Sebastian presented as a person with a barrow to push,” he said.

The jurors may think he was evasive in the answers he gave under cross-examination, he said.

“Indeed, I would like to suggest to you that if I had put to Mr Sebastian the proposition that the sun rises in the east, he might have asked me what I was insinuating.”

This was in stark contrast to answers he gave to the prosecutor when he was co-operative and gave short replies.

But when Mr Toomey questioned him, he went “off on a narrative of his own” and on many occasions could not remember things.

“He was careful not to give any evidence which he thought might favour Mr Day,” he said.

“He twisted himself in knots in his evidence in an attempt not to acknowledge the existence of an agreement between him and Mr Day.

“He couldn’t bring himself to use the word ‘contract’ in respect to his arrangement with Mr Day.”

This was done through Sebastian’s friend Tim Freeburn who put him in touch with Detective Senior Constable David Murphy with whom he played cricket.

“That in itself, you might think, is a most unusual situation,” Mr Toomey said.

Suggesting this was a conflict of interest, Mr Toomey listed a number of inquiries the detective did not make in relation to the allegations.

He suggested the charging of Day “was an end in itself”.

“He (Det Murphy) told you himself that he took everything he had been told by Mr Sebastian to be gospel,” Mr Toomey said.

“He quite remarkably agreed with the proposition that it was ‘the gospel according to Guy’.”