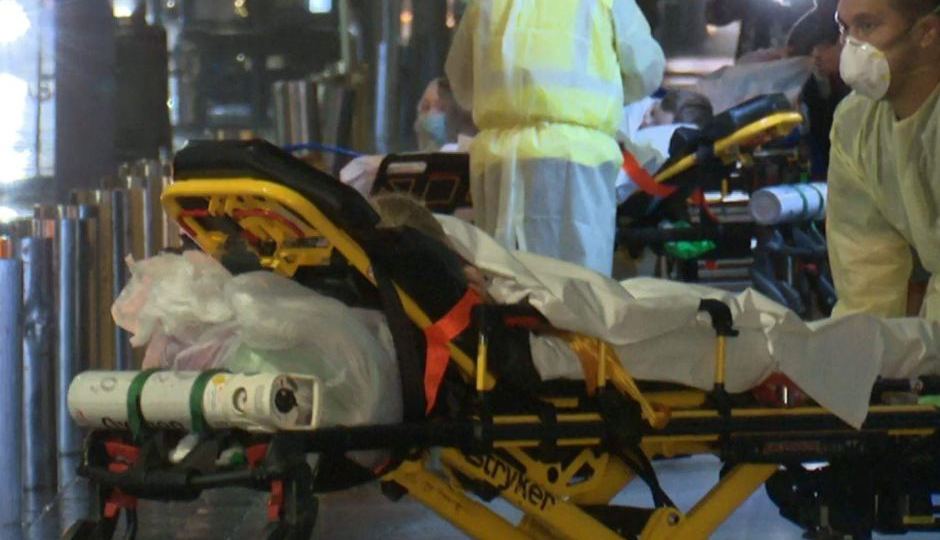 Patients in NSW faced record wait times for ambulances and spent longer in emergency departments as the state grappled with the COVID-19 Omicron variant, according to new data.

The health system was under stress as non-urgent elective surgery was suspended and the government relaxed most public health restrictions between January and March, the latest Bureau of Health Information quarterly report revealed.

Some 734,704 people attended emergency departments during the period, down 2.8 per cent from the pre-pandemic period in 2019, but well above levels from five years ago.

The number of people admitted to hospital from ED fell 15.6 per cent from pre-pandemic levels, and those people generally waited longer.

The NSW Nurses and Midwives’ Association said the report provided more evidence of the strain on public hospitals.

“A record 55,305 patients left EDs during January to March either without being seen, or before finishing treatment,” he said.

“That’s the worst it’s ever been and it must be addressed.”

A quarter of people waited four hours or fewer, but one in 10 waited longer than 18 hours and 29 minutes in ED – a rise from 13 hours and 24 minutes before the pandemic.

“Across the board, patients are waiting longer than ever for an ambulance, and our service is failing to deliver on its own benchmarks for appropriate response times,” he said.

Some 326,544 ambulance responses were made during the period, up 6.1 per cent from before the pandemic.

Demand for ambulances has risen steadily in the past five years, and a record number of highest priority cases were attended.

Ambulances took 8.8 minutes to arrive to the highest priority calls on average, the longest response time since 2010.

Only 60.2 per cent of responses for high priority calls were reached within the benchmark 10 minutes, the worst result in 12 years.

On average it took 15.7 minutes for an emergency ambulance to arrive, the longest wait on record.

The AMA said the report revealed all parts of the public hospital system were under strain, with reform and sustained funding needed to avert the looming healthcare crisis.

“What is really disturbing is the long-term trend that we’re seeing in terms of escalating numbers of patients needing treatment and the health system’s diminishing ability to meet that demand,” AMA NSW president Michael Bonning said.

Non-urgent elective surgery was suspended during this period to help ease demand on the system.

One in 10 patients who underwent non-urgent surgery had been waiting longer than one year and 100 days.

Health secretary Susan Pearce said the period was one of the most challenging of the pandemic and health workers had been “remarkable”.

“We have never seen a period like it before, from the huge volume of COVID-19 cases to the thousands of furloughed staff, and I want to thank the community for their understanding and patience as we faced the many challenges that came our way,” she said.

The government will recruit 10,148 full-time staff to hospitals over four years as part of the upcoming NSW budget.