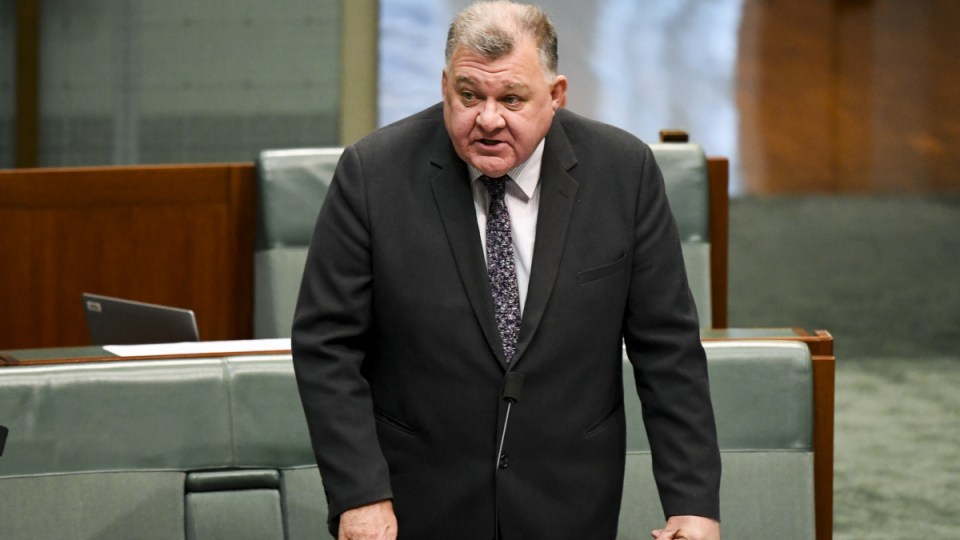 The office manager for former MP Craig Kelly promised young women staffers career development and mentoring but instead used his “power and control” to allegedly sexually touch them, a court has heard.

Mr Zumbo has pleaded not guilty to all charges. His barrister Carolyn Davenport SC said he tried to create a collegial atmosphere but no sexual contact ever occurred.

But prosecutor Shaun Croner said Mr Zumbo invited young women “into a world of his own design”.

“He had the control and power and what he did was touch them deliberately in a sexualised way but also in a way that it might appear completely out of context, innocuous.”

The first complainant gave evidence on Wednesday that she was 22 when she was introduced to Mr Zumbo by a friend after graduating from the University of NSW.

She met up with him at a Max Brenner cafe on campus for career pointers but the conversation “took a bit of a strange turn”, she said.

After asking her to speak in her mother tongue, Mr Zumbo said something like: “That’s very sexy. If you keep talking like that I’m going to fall in love with you”.

Describing her as the “whole package with a few rough edges” to sort out, Mr Zumbo offered her a job at Mr Kelly’s Sutherland Shire electoral office on the spot.

The woman quit after one day.

It began in the middle of winter with carpooling, where she noticed Mr Zumbo kissing and hugging one of the other young workers as he greeted her.

That night, Mr Zumbo drove the same girls home after work, and she said he hugged and kissed another young colleague goodbye before he turned “temperamental and aggressive”.

“Why were you hovering, why were you watching me and [her]? We were having a special moment,” she recalled Mr Zumbo saying before she apologised.

“You came across as a Labor spy in the office today,” Mr Zumbo also told the woman before driving off.

The inappropriate comments continued throughout the night, she said.

At one point he parked at South Juniors in Kingsford and asked if she would sleep with anyone to stop a terrorist attack, told her to delete personal recordings from her phone, and accused her of being an ASIO spy.

He then drove them to a pizza store in Kirribilli and said: “The way you talk is really sexy”.

“No wonder all the boys want to get in your pants, maybe having a friend with benefits would solve all your problems.’

“At that moment he grabbed my thigh,” she said adding that he gave it a solid shake.

Eventually, they ended up taking away pizza and sitting at his “favourite spot” overlooking Sydney’s harbour.

“I was cold … I was convulsing and physically shaking and he said, ‘I like to keep people in the cold it makes them fess up more’.”

He then drove them to an abandoned car park at Little Bay and asked if she was “bisexual … or a lezzo,” and said he was worried she would break his heart.

When he finally dropped her home about 10pm, the woman told the court she went inside and broke down to her mother.

She denied submissions by defence barrister Timothy Kent that she would not have got back into Mr Zumbo’s car after eating pizza if she was scared, and that he touched her leg for no more than a second.