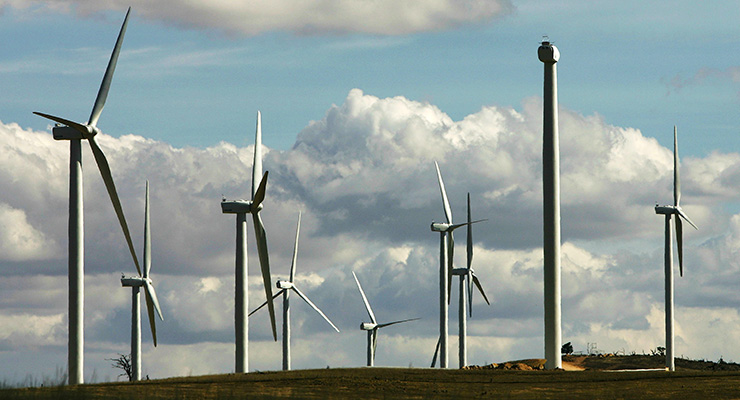 Treasurer Matt Kean has announced $1.2 billion in the NSW budget for cheaper and cleaner power.

The NSW government will commit $1.2 billion over the next decade on energy infrastructure in a bid to provide cheaper and cleaner power.

The budget will be handed down on June 21 as the state rebounds from COVID-19 and devastating floods, and as the Perrottet government looks to an election in March next year amid rising cost of living pressures.

Announcing the new power funding on Friday, NSW Treasurer Matt Kean said it would form part of the government’s Transmission Acceleration Facility, which would create renewable energy zones to replace existing power stations as they closed.

He said the funding boost would help create 2700 construction jobs and drive at least $14 billion in private infrastructure investment.

The first investment would be the Waratah Super Battery, which the government said was the largest standby network battery in the southern hemisphere.

Mr Kean said the extra funding was needed because there were more than 50 large-scale renewable energy projects in the NSW planning system, but many of them needed additional capacity across the state’s transmission network to be viable.

“The facility is a critical step in unlocking the new generation needed to improve competition, lower power prices and secure a brighter future for households and business,” he said.

“Energy prices are up because of Russia’s invasion of Ukraine and unplanned outages at coal-fired power stations. Fast-tracking the construction of renewable energy is the best way to reduce our exposure to these risks.”

The facility will be delivered by the government’s Energy Corporation of NSW.

The government will also use the budget to accelerate the translation of local RNA research into new products, services and jobs through $119 million in funding for research and development, Mr Kean said.

RNA is a genetic material similar to DNA that can be used for medical therapies such as attacking viruses or treating harmful genes.

Mr Kean said the funding, to be spent over a decade, would support R&D initiatives, including at the state’s recently announced RNA Pilot Manufacturing Facility, ensuring the establishment of a globally significant “RNA R&D ecosystem in NSW”.

The budget will also include spending aimed at women, with the government announcing women looking for work will have access to grants of up to $5000 to fund a new work wardrobe, technology and training to help them return to jobs.

Premier Dominic Perrottet said the $32 million investment would take the form of return to work program grants and support from return to work co-ordinators.

“The program is already helping thousands of women to meet their employment and education goals. I want this program to support as many women as possible to find secure employment,” Mr Perrottet said in a statement.