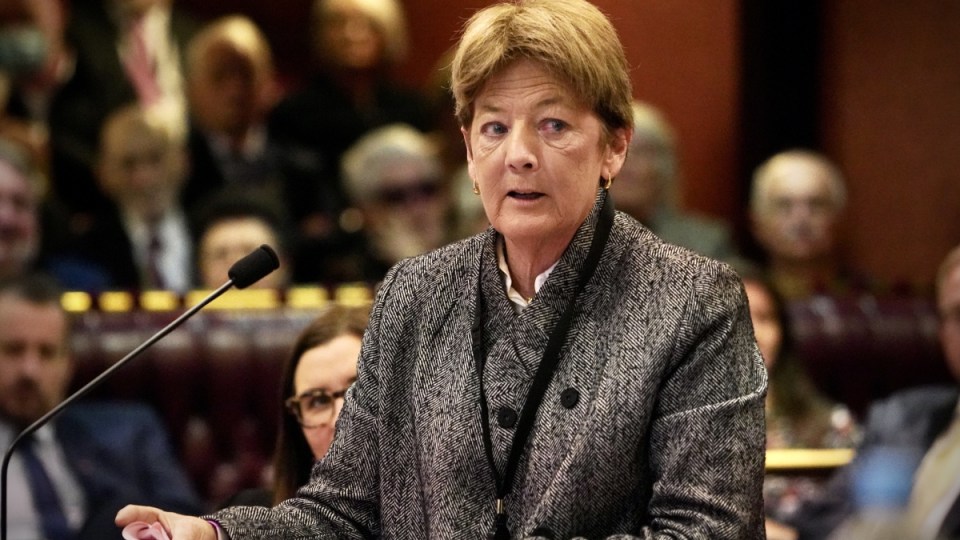 Catherine Cusack shared screenshots of texts between herself and Gladys Berejiklian on Twitter. Photo: AAP

Outgoing NSW Liberal MP Catherine Cusack says she was “sacked by text message” from her role as parliamentary secretary by former premier Gladys Berejiklian after the two sparred over the government’s koala policy.

The upper house MP shared screenshots of text messages between herself and Ms Berejiklian on Twitter on Tuesday night, showing the pair at loggerheads over the government’s controversial koala policy.

The government spent four years developing its koala SEPP (State Environmental Planning Policy), and while trying to pass the legislation, endured a bruising stoush that threatened to destroy the Liberal-National coalition.

It was defeated when Ms Cusack crossed the floor, telling the parliament the policy “has zero to do with protecting koalas”.

After a lengthy text exchange urging Ms Cusack to support the bill, the former premier told Ms Cusack she had been removed from her role as parliamentary secretary.

“Catherine. It breaks my heart that I will need to remove the Parl Sec role from you at this time. I understand how you felt. Regards Gladys,” the then-premier wrote.

Ms Cusack said she was posting the messages to prove she had no knowledge of the “disgusting deal Matt Kean did with the Nationals that virtually condemns NSW koalas to extinction”.

“Sacked by text message when I did nothing wrong,” Ms Cusack replied.

“I was not party to any agreements,” Ms Cusack wrote.

“I followed the proper process. I opposed a bill that departed from a cabinet decision.

“It was clearly my right as a Liberal MP as long as I informed by colleagues and followed the rules.”

Ms Berejiklian had sent multiple messages to Ms Cusack urging her to support the policy, and asking for her vote as a personal favour.

“I need your help re Koala Sepp. Pls stop sending things to the Opposition,” one message from Ms Berejiklian reads.

“I think you have messed this up big time and you have made a mistake,” Ms Cusack responded.

Ms Berejiklian reassured Ms Cusack she had ensured then environment minister Matt Kean’s powers would be enhanced through the process.

“Catherine please reconsider … I ask you to reconsider for the sake of government unity,” Ms Berejiklian wrote in another text.

“I know much is asked of you and often and you always oblige. I am asking you on this occasion as well. Please!”

Ms Berejiklian later wrote to Ms Cusack that her lack of support for the bill meant the koala protection policy had been quashed.

“Am I clear. There is no longer a Koala sepp as we would have reneged on the deal,” Ms Berejiklian wrote.

After releasing the texts Ms Cusack said she would speak further about the matter on Wednesday when Greens MP Cate Faehrmann is scheduled to introduce a Great Koala National Park Bill into parliament.

She urged the Labor Party to support the bill but tweeted “all indications are they won’t vote for it”.