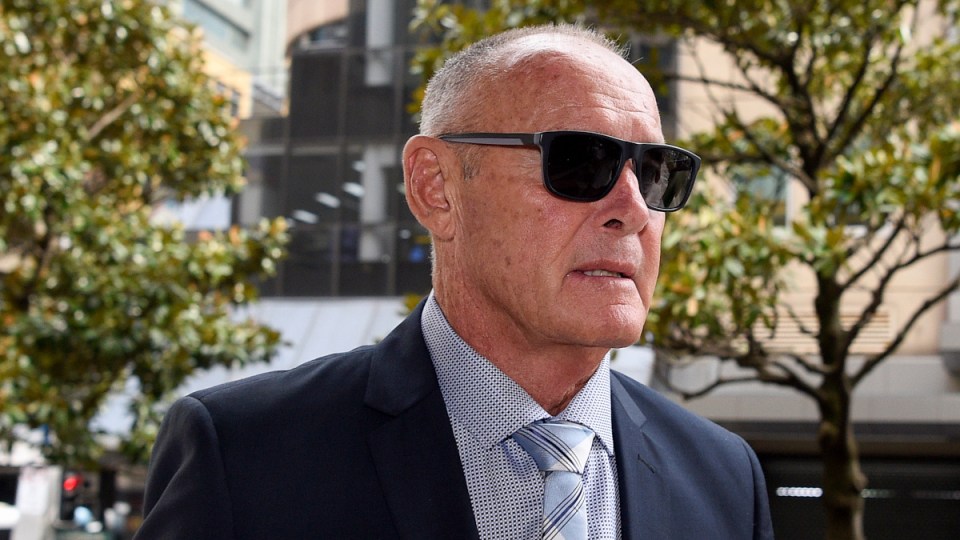 A colleague of Lyn Dawson says Chris Dawson attacked her beside their pool before she disappeared. Photo: AAP

Former teacher Chris Dawson attacked his wife beside the pool at their Sydney home and wrestled her in the mud before she disappeared, a court has been told.

In an audio clip of an interview with journalist Hedley Thomas played in court on Tuesday, Annette Leary said her co-worker Lynette Dawson had been assaulted by her husband.

“Chris attacked Lyn by the swimming pool … He’d wrestled her to the ground and had her face in the mud,” Ms Leary said.

Ms Leary, who worked with Ms Dawson at the Warriewood Children’s Centre in 1981, told the NSW Supreme Court she had been informed of the alleged assault by one of the Dawsons’ neighbours in suburban Bayview.

Mr Thomas’s podcast, The Teacher’s Pet, was released in 2018. It discussed Ms Dawson’s disappearance and Dawson’s affair and subsequent relationship with one of his high school students, known as JC.

Dawson, 73, is accused of killing his wife and disposing of her body in January 1982 so he could be with JC. He has pleaded not guilty to the murder charge.

In her interview with Mr Thomas, Ms Leary called Dawson a horrible man for pursuing a schoolgirl and moving her into his marital home, and said that she knew in her heart that he had killed his wife. She said he had hoodwinked the police by lying “as hard as he could go”.

On Tuesday, Dawson’s barrister Pauline David questioned evidence given by Ms Leary on Monday that Ms Dawson had been seen with bruises around her throat three days before her disappearance in January 1982.

Ms Leary told the court that she had actually seen Ms Dawson for the last time just before Christmas 1981 when the childcare centre closed for the holidays.

She insisted that she had seen bruises on Ms Dawson’s throat however, saying that Dawson grabbed her during a visit to a marriage counsellor.

“How could I be wrong? I’m only telling you what Lyn told me. That’s all I can do. I’m not making it up,” she said.

After Ms Dawson’s disappearance, Ms Leary said she had bumped into Dawson at a shopping mall with JC and his two children. At the time, he said he received a letter from his wife that she was in Queensland, the court was told.

Another Warriewood childcare worker Susan Strath told the court on Tuesday that Ms Dawson loved her husband and children dearly, and was excited about her eldest child starting school.

While Ms Dawson was worried about her husband’s decision to move JC into the family home in late 1981, recounting how she had once found the teenager naked in the family pool, she eventually relented because she trusted Dawson, the court was told.

“She said, ‘Nothing would happen. My Chris would never do anything that was wrong’ … He was always on a pedestal for her,” Ms Strath said.

She said Ms Dawson and her husband had returned from marriage counselling looking happy and hopeful about the future, and that she had not noticed any bruising on Ms Dawson’s throat at the time.

CORRECTION, Tuesday May 24: An earlier version of this article incorrectly stated that Dawson was accused of killing his wife in January 2018. The actual date was January 1982.

Supermarket shortages could worsen as farmers brace for downpours
Too expensive to become a NSW cop: Union
Today's Stories