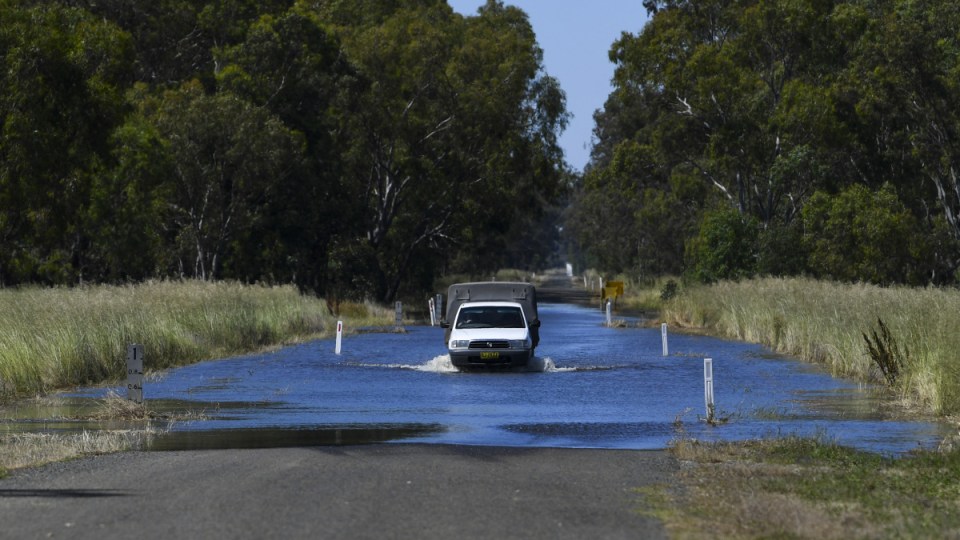 NSW's long drought is all but over, but farmers still face considerable challenges. Photo: AAP

Sustained rain that delivered catastrophic flooding to much of NSW has also dragged the state out of drought — but farmers are not rejoicing just yet.

The whole of NSW was drought-declared more than two years ago, with no lasting reprieve until the La Nina weather pattern struck over summer, increasing the chances of above-average rainfall

Swathes of the NSW coast endured torrential rain at the start of the year, with the drenching delivering Sydney’s wettest summer as dams overflowed and rivers burst their banks, breaching levees and causing widespread flooding.

As a result, the Department of Primary Industries reports almost the entire state is now in “non-drought” conditions.

As recently as the end of March several parts of western NSW were still under drought orders.

NSW Farmers Association acting president Xavier Martin says the breaking of the drought is good news but it does not mean farmers worries are over.

While some farmers in eastern parts of the state may have felt the drought was over some time ago, western NSW has remained dry for years.

“The reality for some farmers is they’re just getting the opportunity to get moisture back in the soil, that by no means results in immediate cashflow,” Mr Martin said.

“They’ve still got the recovery from that economic damage that was suffered across the landscape, from drought then fire, mouse plague, flooding – billions have been taken off the farm economy.”

Going from peak drought to peak wet in a short period of time meant farmers have not had much chance to recover.

“While we should be optimistic there’s better times ahead, the reality for some is it continues to be extremely difficult,” Mr Martin said.

With the drought broken it is now time to take the lessons learned and prepare for the next big dry.

“It’s time to talk about the merit of certain responses … we are going to have to be prudent … to make sure we are in a better position,” he said.

The Bureau of Meteorology says La Nina is continuing in the tropical Pacific, with little change in strength in the past few weeks.

Most climate models surveyed by the BOM indicate a return to neutral El Nino–Southern Oscillation by winter, which has little influence on rainfall patterns.

NSW out of drought after flooding rains