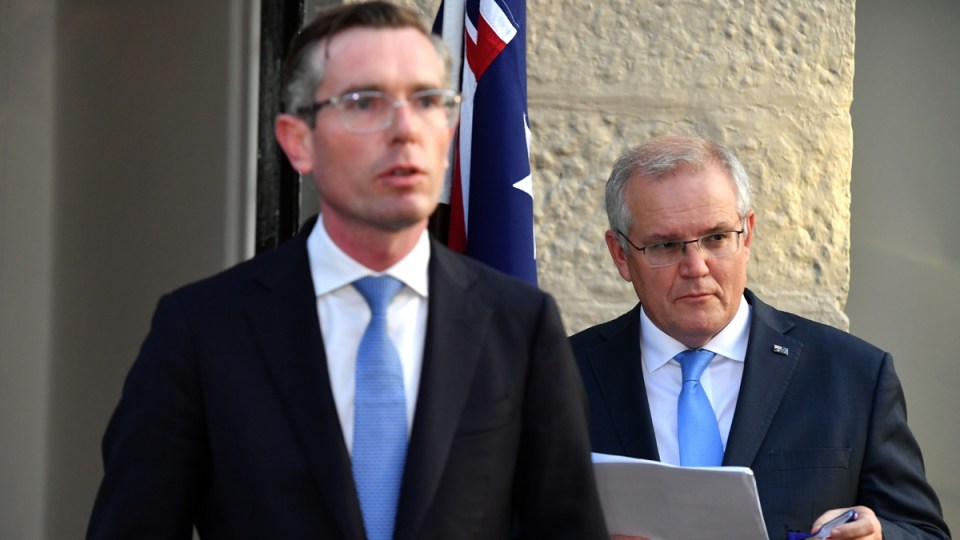 The NSW premier committed to extra funds to the state’s anti-corruption watchdog hours after the prime minister launched new attacks on the agency.

Dominic Perrottet told parliament on Tuesday he had finalised a new funding model for the NSW Independent Commission Against Corruption that will increase its funding in next month’s budget.

Issues raised by the ICAC, including a lack of staff and parked cases, will be resolved by the new funding model, he said.

It comes after Prime Minister Scott Morrison sharpened his critique of the ICAC, saying he had “serious criticisms of the NSW model”.

“I’ve never been a fan of how it’s conducted itself,” he said during a press conference alongside the premier on Tuesday.

Mr Morrison has repeatedly criticised the NSW ICAC, referring to it as a “kangaroo court”, while under pressure to introduce a federal integrity commission.

On Tuesday he conceded he disagreed with Mr Morrison about the NSW commission.

“What we both agree on is that there should be integrity agencies in place that ensure the best standards in public life,” he said.

Hours later, Mr Perrottet told the parliament he had consulted with  integrity agencies including the ombudsman, the auditor-general and the ICAC, and would increase funding where needed.

“I believe (the funding model) provides transparency and accountability,” he told reporters on Wednesday.

“I believe it provides greater resources into the ICAC and I believe that it will increase public confidence in public servants and politicians in the state.”

The premier said while the ICAC may not support the approach entirely, he believed it would address the agency’s concerns.

Under the new model the ICAC can apply to Treasury for supplementary funds and the matter will be determined by specialist unit in the department.

The ICAC had been advocating for an independent body to fund its work.

“That’s just not how the Westminster system works, you have to have an executive that makes the final decisions,” Mr Perrottet said.

In April a parliamentary committee heard the ICAC had to revise its approach to investigations and scrap pursuing some cases due to a lack of resources.

ICAC’s chief commissioner Peter Hall also told the hearing the commission’s key performance indicators had been revised down due to a lack of staff.