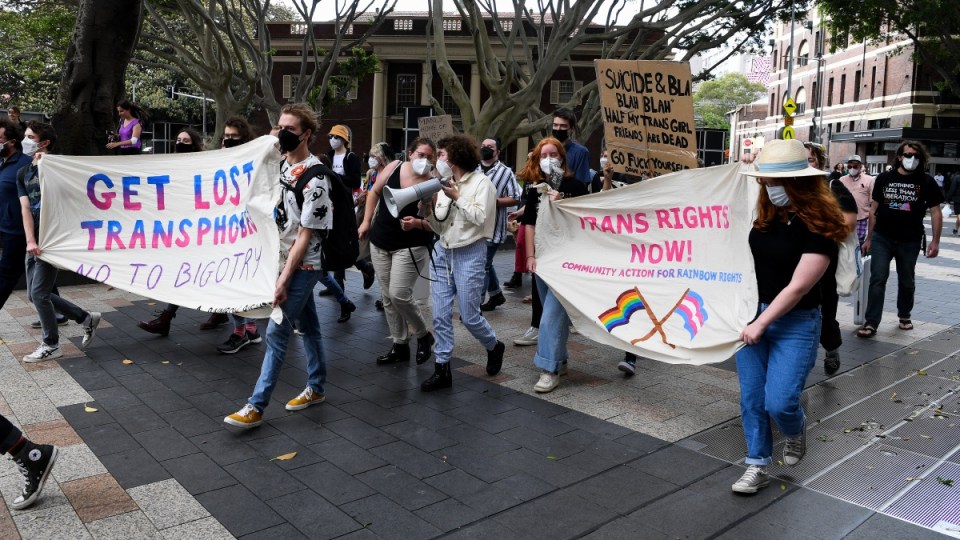 The Warringah hopeful, hand-picked by Prime Minister Scott Morrison to contest the Sydney seat, has attracted controversy for remarks made about transgender children playing school sport.

She has apologised for Twitter posts, which have since been deleted, in which she described transgender children as “surgically mutilated and sterilised”, and said surrogacy was a “human rights violation”.

In her first interview since many of the comments became public, Ms Deves told SBS she had faced death threats and police were involved, also stating her family had to temporarily leave Sydney for their safety.

A spokeswoman for the Australian Federal Police said the organisation would not comment on whether the matter was being investigated.

A federal police task force was set up ahead of the election which focuses on reports of electoral-related crimes, including threats to MPs and candidates.

Operation Wilmot is working closely with state and territory police forces on the issue of election safety.

The task force was set up in the wake of threats being made to multiple MPs, with this election being the first time such a unit has been in operation.

A Senate estimates committee was told in March an online portal had been created, co-ordinated with the Australian Electoral Commission, to provide advice to candidates if they had any security concerns.

The AFP has also stood up an incident co-ordination centre for the period of the election campaign.

It is unclear whether Ms Deves made use of the AFP process.

While the federal police refused to comment on whether an investigation was taking place into Ms Deves’ claims, a NSW police spokeswoman told AAP no reports of death threats had been made to the state force.

Ms Deves said in the interview she recognised the debate required “dignified and respectful” discussion rather than divisive and hurtful comments posted to social media.

“With this issue we have a collision of rights and — thus far — the voices of women and girls have not been heard,” she said.

“And when we have a collision of rights, in liberal democracies, we debate them in a reasonable, measured fashion.”

Labor deputy leader Richard Marles told reporters in Darwin on Monday no one in public life should have to endure death threats.

“They are totally unacceptable,” he said.

Mr Morrison told reporters on Sunday before the interview aired that Ms Deves recognised a “sensitive approach” was needed.

But he backed her right to express her views about an issue which was “fundamentally about women and girls in sport”.

NSW Treasurer Matt Kean has called for Ms Deves to be disendorsed, saying her remarks could put the chances of the Morrison government being re-elected at risk.