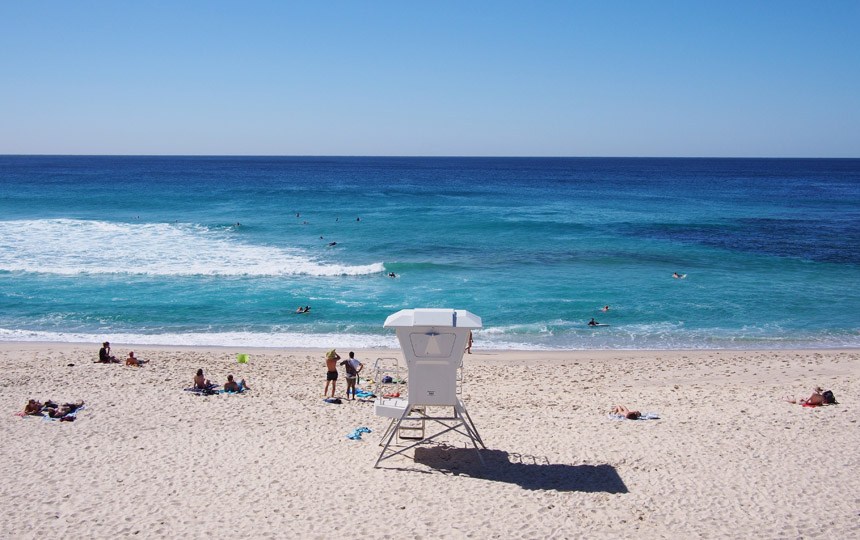 A woman's body was found on the sand by an early morning visitor to Sydney's Bronte Beach. Photo: Getty

A popular beach in Sydney’s eastern suburbs has been closed after a woman’s body washed up on the sand.

A member of the public made the grim discovery on Bronte Beach just before dawn on Wednesday.

“About 5.45 today a member of the public called triple zero to report the body of a woman had been found on Bronte Beach,” a NSW Police spokeswoman told AAP.

Police found the body at the northern end of the beach before establishing a crime scene.

The area was shielded off with a tent throughout the morning before the body was removed.

Eastern suburbs local Amaury Treguer told AAP he was at the beach when police arrived just after dawn.

“The police were setting up the tent at 6:15am and we could see a body shape under a cover in the north end of Bronte beach,” he said.