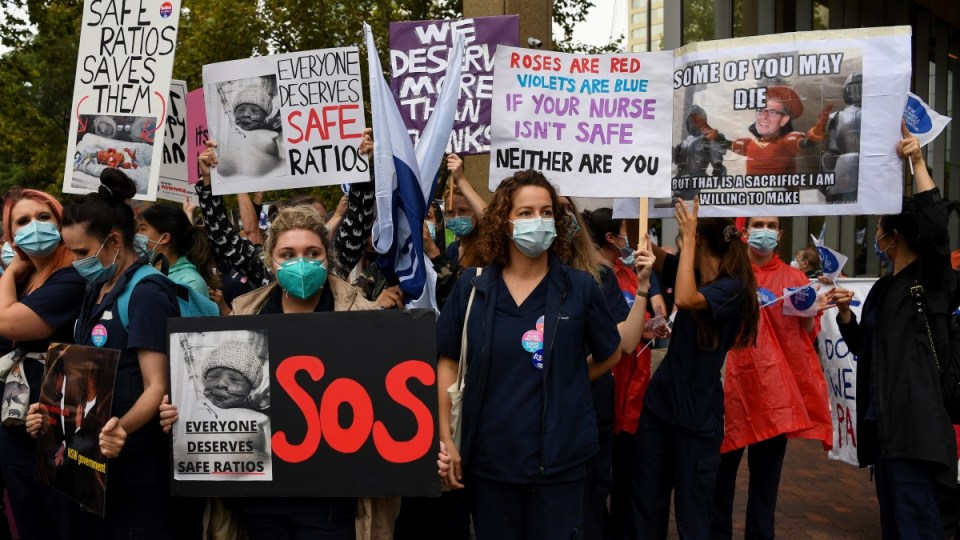 Thousands of NSW health workers are walking off the job as they call for a pay rise in an ongoing dispute with the government.

Under the state’s wages cap, public sector pay increases cannot legally exceed 2.5 per cent but the Health Services Union maintains this is not enough as inflation runs at 3.5 per cent.

The union is campaigning for a 5.5 per cent increase “to account for the impact of the pandemic and the surging cost of living”.

Tess Oxley, a paramedic from Campbelltown Hospital, told her colleagues that “2.5 per cent isn’t going to pay our bills”.

The strike is designed to put pressure on the government before a conciliation hearing at the Industrial Relations Commission next week.

“This government bluntly refuses a pay increase … to meet our household bill.

“We want better pay to support ourselves and our families.”

“The NSW government has led the way when it comes to wage increases across the country and this has been lost in the debate,” he said.

“A 2.5 per cent pay increase annually over this period of time has far exceeded private sector wage growth. That’s a fact.”

But health workers say they have not been honoured financially for their efforts as frontline staff at the height of the COVID-19 pandemic.

“We’re the ones who turned up to work and didn’t work from the safety of our own homes,” said Alana Fernandez, a patient transport worker from Prestons.

“We’re the ones who kept COVID out of hospitals.”

The pandemic has taken its toll on Australian nurses, and now hospitals are scrambling for staff
Victim of Blue Mountains landslide identified
Today's Stories