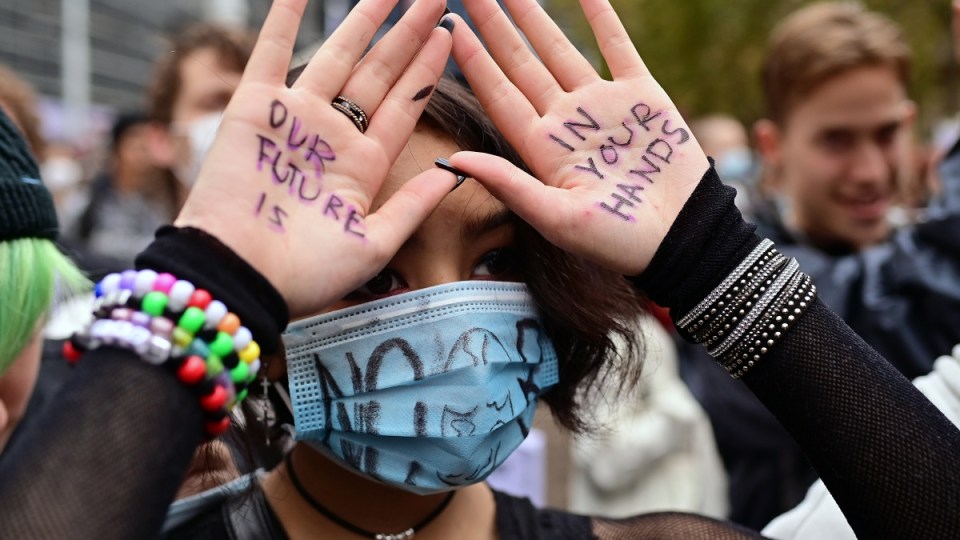 Hundreds of school students have gathered outside the Prime Minister’s Sydney home as part of a global day demanding action on climate change.

Thousands of children in every state and territory in Australia are taking part in 45 climate strikes across cities, suburbs and regional towns, calling on the federal government to divert funding away from coal and gas projects and to clean, renewable energy, providing secure jobs and First Nations solutions.

Much of the attention of the strike is directed firmly at Prime Minister Scott Morrison, with hundreds of student protesters arriving outside his official Sydney home on Friday.

The crowd of protesters in Kirribilli was expected to swell to about a thousand as speeches began, student Owen Magee said.

“We’re going to make it very clear to Scott Morrison that we are coming right to his doorstep to show the climate crisis is serious, and he needs to address it,” he said.

One student, Ella O’Dwyer-Oshlack, 13, lost her home in the devastating Lismore floods, and will speak outside Kirribilli on Friday.

“My home was flooded and our whole town is a mess,” she said.

“I haven’t been able to go back to my school since it was flooded too.

“I learnt at school that burning fossil fuels like coal and gas is causing climate change, and that climate change is causing all these huge disasters, like the awful flood that wrecked my house.

“Why is the federal government still giving money to fossil fuel companies?

“This is making the problem worse.”

She chose to strike after being left feeling “scared and confused” about why disasters continued to happen on Mr Morrison’s watch.

Braydon Monahan, a 15-year-old from Tweed Heads, on Thursday said “we are at the edge of a climate catastrophe and our federal government is doing nothing to save us”.

Braydon said he believed the government “thinks they can dismiss us young people just because we don’t get a vote”, but added “young people are turning 18 years old by the minute”.

Friday’s protests came after the Federal Court found the Australian government did not owe children protection from the harm caused by climate change.

The court last week upheld an appeal by Environment Minister Sussan Ley, reversing a decision that legally recognised she had a duty of care.

The appeal came after eight high school students took Ms Ley to court in 2020 to try to block the expansion of a NSW coal mine.