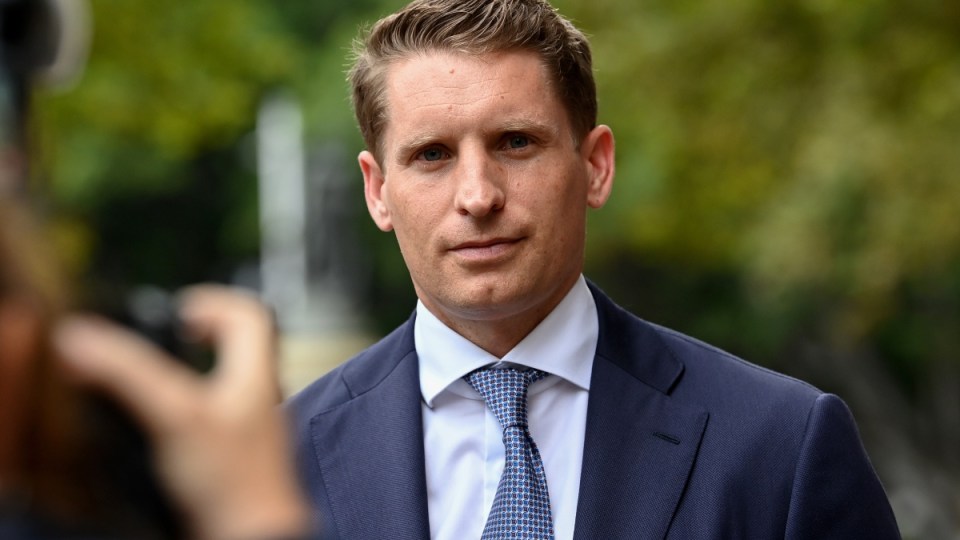 Andrew Hastie says he pities Ben Roberts-Smith and his family prays for him. Photo: AAP

Andrew Hastie became a special forces soldier in part because of his admiration for Ben Roberts-Smith, but now believes he is a bully and may be a war criminal, the federal MP has told a court.

Mr Hastie was called to give evidence in defamation proceedings launched by the Victoria Cross recipient over allegations he committed war crimes in Afghanistan, bullied colleagues, and assaulted his mistress.

The 43-year-old denies all the allegations reported by The Age, The Sydney Morning Herald and The Canberra Times, who are defending them as true.

Mr Hastie — who served as a captain in the Special Air Service Regiment between 2010 and 2015 and is now assistant minister for defence — on Friday told the Federal Court he had heard allegations from many people about Mr Roberts-Smith during his service.

One man told him Mr Roberts-Smith punched him in the face while they were deployed, and others mentioned him shooting an already dead person, and that the actions which earned him the VC were exaggerated.

He also came to believe Mr Roberts-Smith had been involved in an execution of an Afghan.

As whispers of misconduct by Australian forces in Afghanistan began to build, Mr Hastie recalled talking to his second in command in 2013 to set expectations about their next deployment.

“He said… ‘I’m not going to Afghanistan to put dirt farmers on their knees and shoot them in the back of the head’,” something Mr Hastie understood to be a reference to Mr Roberts-Smith.

While he told the court he doesn’t recall raising allegations about Mr Roberts-Smith to his superiors, he did speak to them about a policy which he felt incentivised soldiers to take the law into their own hands on the battlefield.

Mr Hastie previously told the court there was a widespread view Mr Roberts-Smith — once an advocate for mental health charities — had bullied at least one of his comrades.

Mr Hastie recounted he and his friends laughing at a joke a colleague made about the perceived double standard: “RS gave Person One depression, now he’s gonna help him fight it.”

Under cross examination on Friday, the barrister acting for Mr Roberts-Smith suggested Mr Hastie was the bully in this instance.

“Do you understand that bullying may include spreading rumours … laughing at someone … mocking someone?” Arthur Moses said.

Mr Hastie said it was hardly the most damning incident the hearing had canvassed.

“If you’re suggesting I should be ashamed of my conduct, I’m not.”

Mr Roberts-Smith’s lawyers have repeatedly suggested allegations against the war hero were made up by a small group of peers who were jealous of his military accolades.

But Mr Hastie recounted 20 people who had told or suggested to him that Mr Roberts-Smith was a hypocrite.

It was a far cry from the initial impression he had of Mr Roberts-Smith, which had partly persuaded him to put himself up for SAS selection, Mr Hastie said.

“I started from a very high regard for Mr Roberts-Smith,” he said.

But Mr Hastie denied hating him.

“I don’t dislike Mr Roberts-Smith at all … I pity him.”

“But until we deal with it, we can’t move forward.”

But Mr Moses suggested Mr Hastie was a hypocrite himself, over his involvement in one of the media reports at the centre of the proceedings.

“You were making off-the-record allegations … that Mr Robert-Smith had engaged in war crimes whilst making on-record comments about the need to respect the (investigation by the defence force).”

Mr Moses suggested he did this to raise his profile as an MP.

Mr Hastie denied the suggestion, saying he spoke up out of love for the SAS and a belief in the importance of investigative journalism, referencing a 2019 speech given by Mr Moses, the then-president of the Law Council.

“I must say I’m very sympathetic to your speech … where you argue that public interest journalism is critical to a healthy democracy … I think we share a strong view on this,” Mr Hastie said.

Hastie no longer ‘proud’ of Roberts-Smith