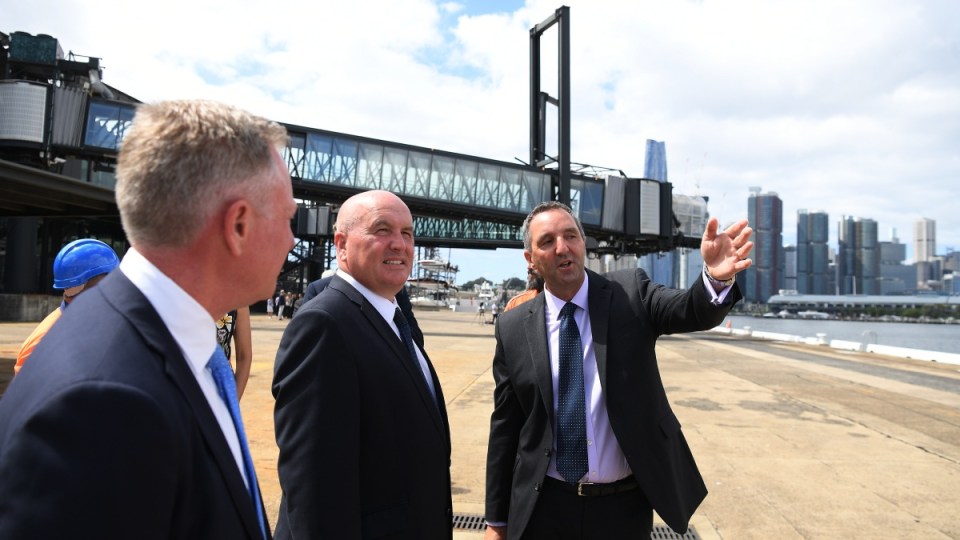 One of Sydney’s oldest ports is set to be transformed into a world-first shipping and cruise hub, to be run on 100 per cent renewable shore power energy.

The White Bay port area in the city’s inner west, to become known as the Bays Port, will be the world’s first shipping precinct to be 100 per cent powered by renewable energy produced on shore, NSW Transport Minister David Elliott says.

The port will also house the first shore powered cruise port berth in the southern hemisphere.

The project will allow ships to plug into clean power sources as they dock, and is part of the Port Authority of NSW’s plan to reduce carbon emissions by 75 per cent by 2030, and achieve net zero by 2040.

The Port Authority of NSW says the Bays Port Project will have a significant impact on emissions, as 99 per cent of Australia’s trade arrives by sea.

Once ships began berthing at the terminal, shore-powered ships would be able to cut their diesel generators, reduce emissions, air pollution and noise levels, Mr Elliott said on Monday.

“Shore power is cleaner and quieter, minimising the impact of ships on neighbouring areas and ensuring our last remaining deep water harbour berths continue to operate sustainably into the future,” Mr Elliott said.

The project, set for completion in 2024, is expected to remove up to 14,000 tonnes of carbon dioxide from the atmosphere over 12 months — equivalent to removing 4000 cars from the road every year.

“Delivering Shore Power will drive us even further than our already ambitious NSW net zero targets, of a 75 per cent emissions reduction by 2030 and be net zero by 2040,” Captain Holliday said.

“Importantly, P&O, as one of the major users of the White Bay Cruise Terminal, now has a fleet comprised entirely of shore power ready ships,” she said.

Mr Parker, the Greens representative for Balmain, said the announcement had come after years of government negotiations.

The project would “flick a switch” on cruise ship pollution in Sydney Harbour, which was a “dumping ground for the cruising industry’s oldest and dirtiest cruise ships — vessels that wouldn’t even be allowed to enter most ports in the northern hemisphere”.

He said docked cruise liners, which could be “big as a block of flats”, ran their engines 24 hours a day “pumping out toxic exhaust straight into homes”.

“Shore power will be life-changing for people in Rozelle and Balmain and the fact that it will be powered by renewable energy sets the bar for ports across the nation and the world to follow suit,” Mr Parker said.