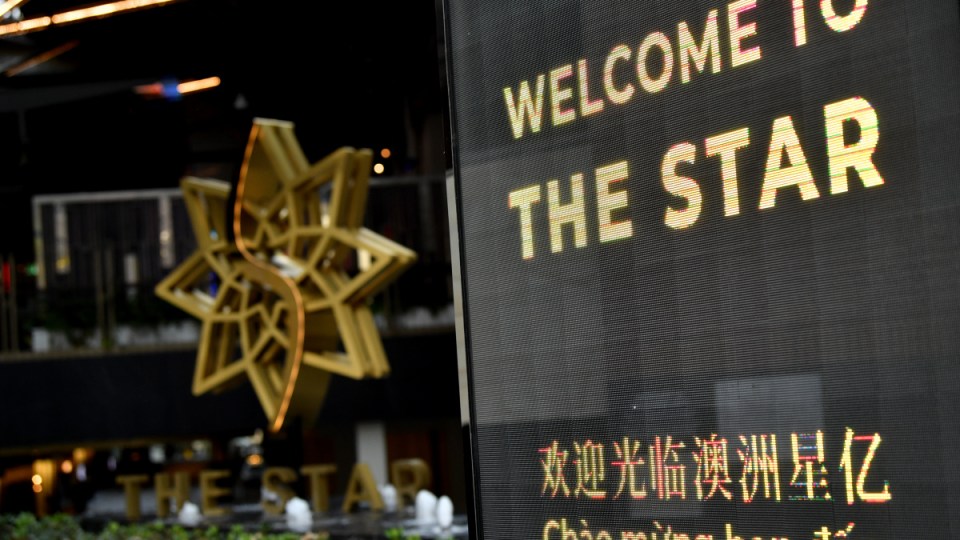 A senior financial executive from Sydney’s Star casino has told an inquiry National Australia Bank knew suspect transactions at the entertainment giant were being used for gambling, despite helping assure a client they were not.

The Bell inquiry into Star heard on Thursday the casino disguised $900 million in transactions from China Union Pay as hotel expenses to help guests dodge controls over using the money for gambling.

CUP was raising the alarm in 2019 about large transactions being put through their terminals at Star, allowing Chinese high-rollers to dodge their home country’s tight anti-gambling and capital flight laws.

According to Ms Scopel, Mr Theodore told Ms Arthur – whose bank was acting on behalf of CUP – the casino could not guarantee the transactions were not being used to fund gambling.

“My impression was that Ms Arthur, and NAB generally, were aware of the difficulty in providing the non-gaming confirmations,” Ms Scopel said.

“And were aware of the connection to gaming and were comfortable with the intended approach to the response (to concerns raised by CUP).”

Those responses, Ms Scopel admitted earlier in the day, were misleading as they said the CUP transactions at Star were not gambling-related because they were made in the casino’s non-gaming area.

“At the time I understood there were technical reasons that we could make this statement but with the benefit of hindsight I would agree that this statement was false,” Ms Scopel said.

But despite being uncomfortable with what the casino was telling NAB and CUP, Ms Scopel said she did not believe she was in a position to challenge either of her bosses.

“It could impact my employment,” Ms Scopel said.

Ms Arthur, NAB’s head of diversified industries and technology, is also due to testify on Friday.

The NSW Independent Liquor & Gaming Authority inquiry is investigating whether The Star Sydney was infiltrated by criminal activity such as money laundering, and whether it is fit to keep its casino licence.

Those reports will be “directly relevant” at the week-long hearing, with the casino’s due diligence processes also expected to be put under the microscope, along with alleged links to “politically exposed” individuals.

Among witnesses scheduled to appear next week is the Chinese billionaire property developer Phillip Dong Fang Lee, who was reportedly a high-roller at the casino.

Star Entertainment says it has an unwavering focus on preventing criminal activity at its casinos, which also include The Star Gold Coast and Treasury Brisbane.

Its larger rival, Crown Resorts, has also faced misconduct inquiries, which found criminals were taking advantage of its casinos, prompting two royal commissions and the resignation of most of its board.