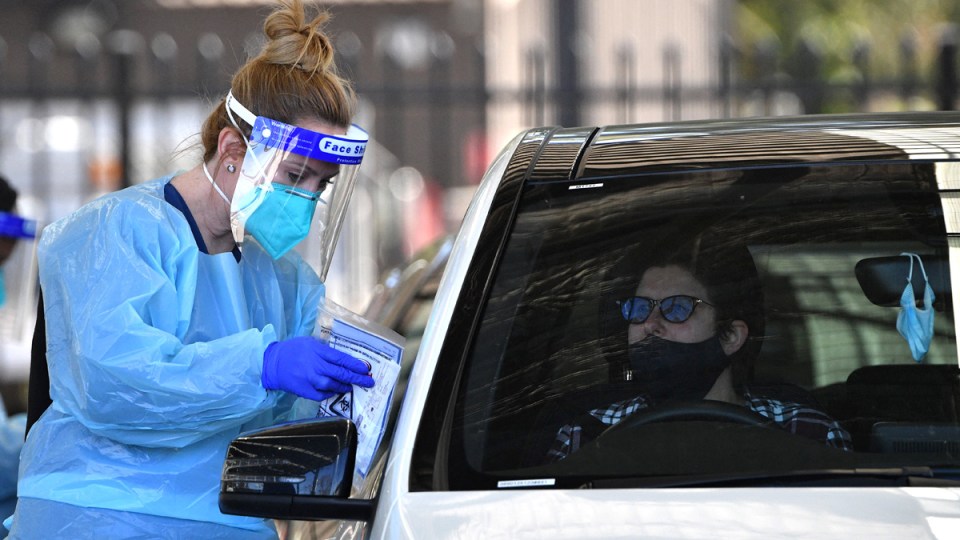 About 10,000 positive rapid antigen tests were missed in NSW from Sunday and Monday due to a glitch.

COVID cases in NSW and Victoria have jumped – with NSW blaming much of its spike of thousands of infections on a test-processing bungle.

Hospitalisations for the virus have also risen further, to 1016. They include 36 patients in intensive care.

There were 30,402 more COVID cases in NSW in the 24-hour reporting period. NSW Health said Wednesday’s numbers were inflated by 10,000 positive rapid tests reported on Sunday and Monday that were not initially included in daily totals.

It blamed the miscount on a data-processing glitch that affected only case reporting.

“All of these cases were still connected to clinical care as per normal processes with positive COVID-19 results,” it said in a statement.

Even taking into account the issue with RATs, NSW’s daily virus numbers have jumped significantly – after 10,689 cases were reported on Tuesday.

NSW authorities have said in recent days that its COVID infections are likely to spike for several weeks as the BA2 sub-variant of the Omicron strain takes over.

Victoria’s caseload was also up on Wednesday, to a five-week high of 9426. It is thought to be about a fortnight behind NSW in the spread of BA.2, the so-called “stealth variant”.

“The BA.2 sub-variant of Omicron is slowly and gradually asserting itself,” he said on Tuesday.

While BA.2 is known to be more infectious, Mr Foley said it was not yet known by how much.

There were also eight more COVID-related deaths in Victoria in the 24-hour period.

COVID hospitalisations have also risen, reaching 201. They include 24 virus patients in intensive care and six on ventilators.

“The BA2 ‘son of Omicron’ variant seems to be much more easily spread in family situations. Especially when children are largely unvaccinated,” he told the Nine Network.

He urged parents to get their children vaccinated and eligible Australians to get a booster shot.

“We saw in January how quickly things can change,” Mr Bartone said.

“Be wary, be vigilant. Don’t forget the lessons of the past.”

Glitch blamed as NSW COVID cases spike to more than 30,000