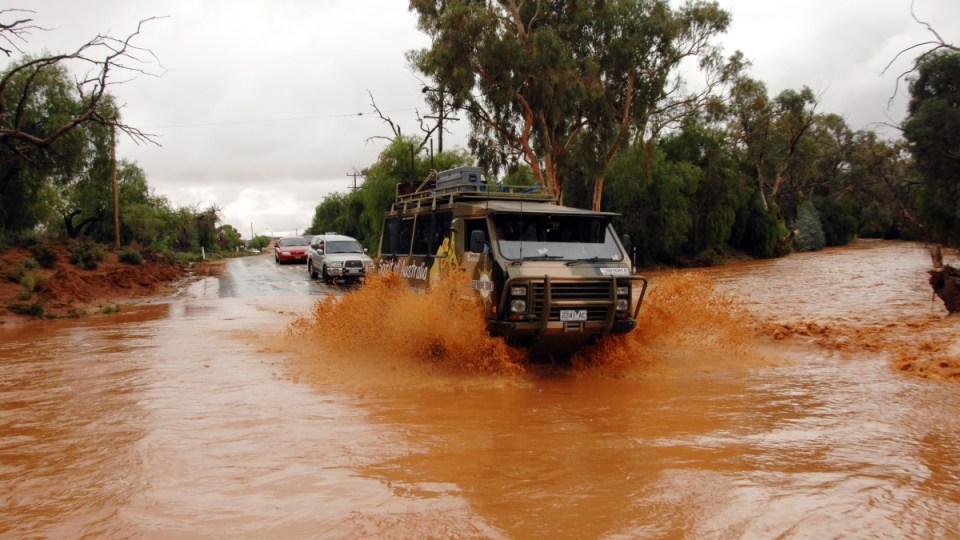 The man died in Broken Hill after driving into floodwaters. Photo: AAP

A man has died in the NSW outback after driving his ute into floodwaters in Broken Hill.

The 56-year-old man drove his Toyota Landcruiser into floodwaters on Tuesday night, before being sucked into a concrete pipe, NSW Police said.

Meanwhile, unions are calling on Prime Minister Scott Morrison to reintroduce JobKeeper for people in flood-affected regions in NSW.

JobKeeper was a temporary measure designed to keep Australians in jobs by supporting COVID-affected businesses with payments of $1500 per worker per fortnight to cover the cost of wages.

“We can’t allow otherwise healthy businesses to fail because they’ve been hit by a crisis over which they had no control.”

Premier Dominic Perrottet last week announced a $551 million support package for flood victims, including support for semi-permanent housing pods such as those used after the 2019-20 black summer bushfires and mobile motor homes.

“We know when we’ve had big rains, the general advice is don’t go surfing, don’t go swimming in the open ocean for a day or two,” Mr Hazzard said.

“When you’ve had a one-in-100-year flood, you might be wise to not go surfing with parasites, bacteria and diarrhoea.”

“Normally you’ve got to fight somebody away from the surf – this time you might well be fighting off the parasites for diarrhoea,” he said.