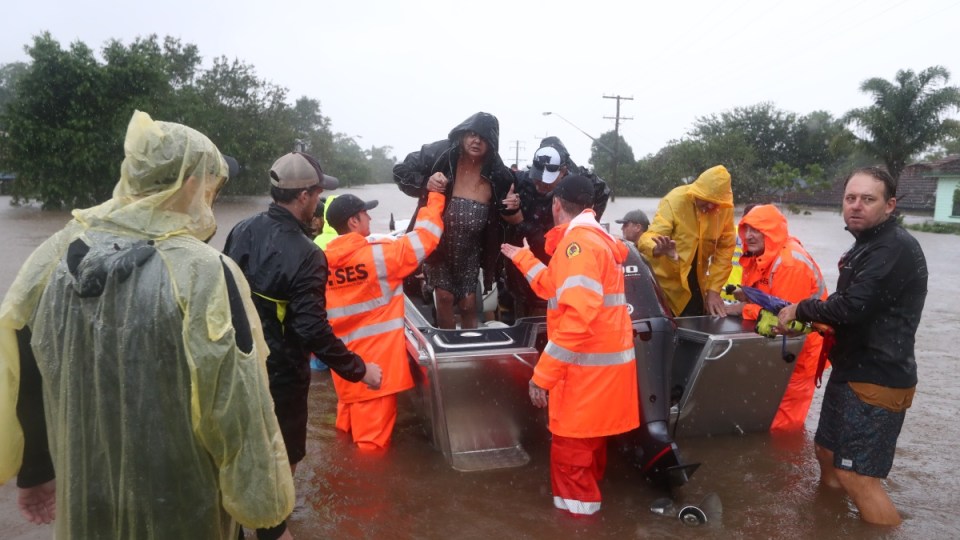 Scott Morrison is due to arrive in Lismore, where some of the worst of the flooding has occurred. Photo: AAP

Prime Minister Scott Morrison is expected to declare a national emergency in response to the widespread flooding disasters in northern NSW.

The declaration would allow for red tape to be cut between government agencies and allow for resources and support to be deployed faster.

It’s the first time a national emergency has been declared following a natural disaster since the laws passed federal parliament in December 2020.

The national emergency declaration was first proposed as a recommendation following the Black Summer bushfires in 2019/20.

Mr Morrison is expected to make the declaration while in Lismore on Wednesday, where he will be visiting flood-affected areas.

The prime minister is also set to announce more funding to help rebuild communities impacted by the floods, with a focus on long-term reconstruction.

“People are incredibly vulnerable, and it’s understandable that they want to express that and the pain that they’re going through,” Mr Joyce told Sky News.

“I would be incredibly surprised if people got a happy reception, because they’re not in a happy place, and they want to be heard.”

Residents in Lismore and surrounding areas have criticised the government’s handling of the crisis, calling the response too slow to help deal with the clean-up efforts.

There are 1800 ADF personnel on the ground in northern NSW assisting flood recovery efforts, with that number set to grow to 2500 by the end of the day.

Brigadier Robert Lording, who is on the ground in Lismore on Wednesday, told Sydney radio station 2GB that figure would increase to 4000 by week’s end.

“The scale of this incident has been far bigger than anything we’ve potentially experienced in this area before,” he said.

Mr Joyce said residents in flood-affected areas had not been let down by the government response or ADF rollout.

“If … community members hadn’t stepped up, then we would have been seeing a death toll in the hundreds of people,” Senator Watt told ABC Radio.

“While people are grateful for the assistance they’ve had from the army, there’s just nowhere near enough of it.”

Senator Watt has urged the government to declare a national emergency for the flooding event, which would allow for the Commonwealth to deploy more resources and ADF support to impacted regions.

Agriculture Minister David Littleproud said the response to the natural disaster could always be better.

“No disaster is the same, as I found from the bushfires and then into floods and into cyclones, but there’s long-established protocols in whereby the states lead the process,” he said.

“We stand ready, the defence force is there, and we need to make sure they’re utilised the proper way and they don’t get in the road.”

As of Tuesday morning, more than $282 million in disaster payments to flood victims have been paid to 242,000 people.

Of that, $157 million has been paid to victims in NSW and $125 million in Queensland.

The Ferguson Report: Americans ‘vote 1’ for ballot-box apathy
NSW floods expected to be worse than 2021 after 16 consecutive days of rain
Today's Stories