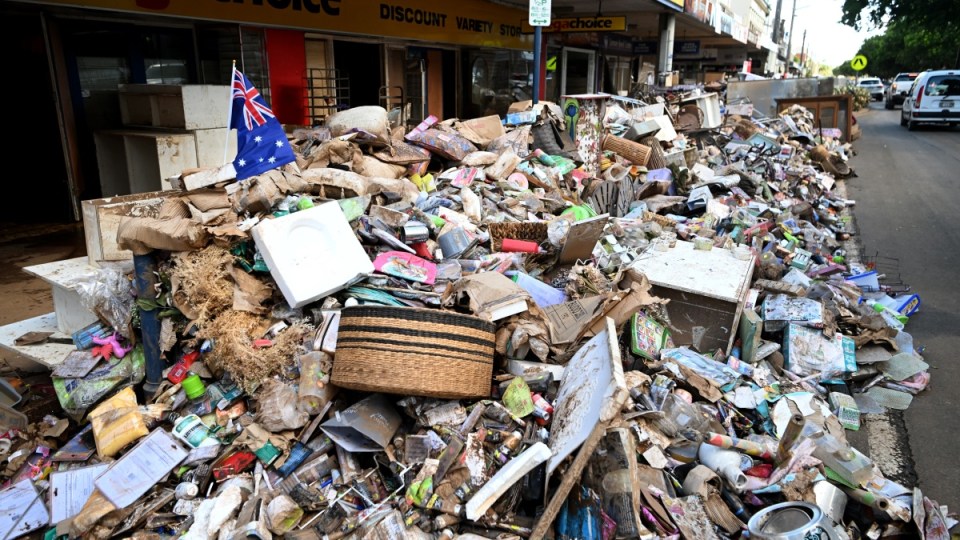 Mr Dutton's comments come as the government faces criticism for its response times in dealing with the flooding crisis. Photo: Getty

A severe weather warning has been issued for eastern NSW, with intense and heavy rain expected to cause more inundation in already saturated and flooded areas.

The Bureau of Meteorology issued on Monday morning warning covers the entire coast from Coffs Harbour in the north to Bega in the south.

There’s the chance of a thunderstorm, large and powerful surf as well as flooding that may reach levels similar to last week.

Meanwhile, Premier Dominic Perrottet has apologised to the thousands of people in the Northern Rivers district whose homes and businesses were destroyed when their towns were inundated by floodwaters last week.

Many have since struggled to access basics such as food, water, power, fuel, phones, the internet as well as medical supplies.

“I’m very sorry … but we’re doing everything that we can,” Mr Perrottet told the Nine Network from Lismore.

Many of the affected communities were isolated, with emergency services unable to access them during torrential rain and the emergency response would be reviewed, he said.

“Some of those areas will look back at this and say it could have been done better but … we’re doing absolutely everything we can to provide care and support for those who need it to get those essential supplies in,” he said.

The ADF had arrived to help with the “mammoth” clean-up with 2000 people on the ground across the Northern Rivers.

About 2000 of the 3500 homes assessed in the Northern Rivers are no longer habitable. The immediate challenge in the region will be providing short-term and medium- to long-term accommodation.

The BOM said heavy rain would continue, with the peak in the Sydney and Illawarra districts on Monday night and Tuesday.

The State Emergency Service had another 550 calls for help overnight and performed nine flood rescues.

“We’re certainly on high alert from the mid-north coast down into the Shoalhaven,” he told the Nine Network.

“I would expect …. another batch of warnings and evacuation orders potentially for a number of catchments.

“We are watching exceptionally closely a number of catchments that are going to come very close to, potentially, tops of levees … around the Hawkesbury and Central Coast and places.

“The water hasn’t retreated yet. We’re now going to see more flooding on top of what we’ve already seen.”

Trains will run to a changed timetable and commuters are being advised to allow extra time and avoid non-essential travel.

Drivers are also being told to avoid non-essential travel on the roads.

The heavy rain could lead to flash flooding in Sydney, mid-north coast, Hunter, Illawarra, south coast, and parts of the Tablelands.

Six-hourly rainfall totals of 70-120 millimetres are possible on the east coast.

Multiple flood warnings were current on Monday for parts of NSW, with the Hawkesbury and Nepean regions in danger of more moderate to major flooding.

Thunderstorms could also bring intense rain to the Northern Rivers. Damaging winds and large hail could hit Lismore and nearby towns, which are trying to clean up from last week’s devastation.

The flooding has claimed six lives in NSW, including four in Lismore.