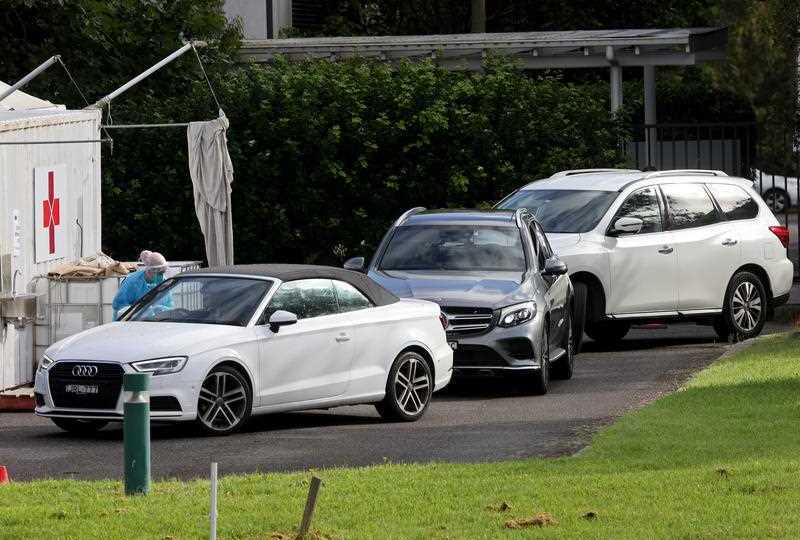 NSW has confirmed 5856 COVID-19 cases and six deaths, with the government pushing for workers to return to the office as more restrictions ease.

Case continue to gradually decline and NSW Health reported on Monday there were 1136 people in hospital with the virus.

They included 55 in intensive care.

Across NSW, 54.1 per cent of adults are triple-vaccinated.

Premier Dominic Perrottet is upbeat that relaxing restrictions, particularly scrapping the requirement to wear masks in offices, will lead to a return to work in the CBD.

Masks mandates in most indoor settings were dropped on Friday and they have also lifted in schools from Monday.

Staff and students are also no longer be required to do twice-weekly rapid antigen tests.

“Ultimately now, with face masks being removed for the office, I think we’ll see a lot more people return to the city tomorrow and not just the city CBD but in Wollongong and Parramatta as well, as people return to work,” Mr Perrottet said on Sunday.

“After each outbreak we’ve seen a strong return to activity in the city and that’s incredibly important because when Sydney goes well, the state and the country goes well off the back of it.

Sydney’s metropolitan trains also returned to full-time table operations across the city on Monday after a week of widespread disruption and reduced capacity.