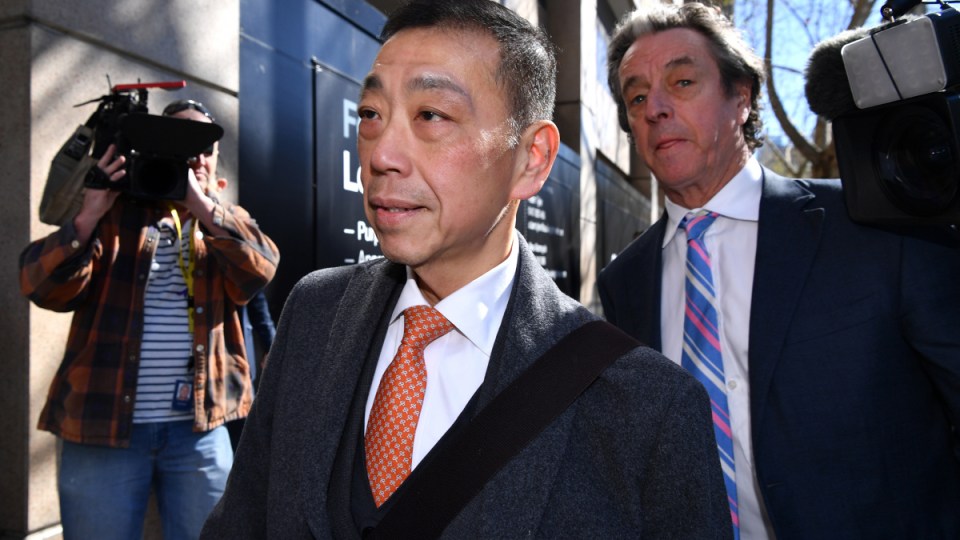 One thousand $100 notes delivered to NSW Labor offices in a plastic grocery bag in 2015 came from a Chinese property developer hiding behind a group of hospitality staff and other donors, the state’s corruption watchdog has found.

Former NSW Labor MP Ernest Wong engaged in corrupt conduct by concealing the illegal political donations and then trying to get one of the fake donors to lie about it, the Independent Commission Against Corruption found in a report delivered on Monday.

The $100,000 cash donation delivered to Labor came from Chinese businessman Huang Xiangmo, a property developer who was therefore prohibited from donating to political parties in NSW, ICAC said.

Mr Huang was legally represented at — but did not participate in — the inquiry.

Nor did his executive assistant Wun Chi Wang, who the commission says withdrew $100,000 cash from The Star casino on behalf of Mr Huang, ahead of a meeting with then NSW Labor secretary James Clements.

Despite “no direct evidence” linking the withdrawal to the donation, ICAC says other contextual evidence and “the fact that both of those transactions involved Mr Huang, the same amount of cash, and identical denominations” meant it could not accept it as a coincidence.

Mr Wong also tried to have a listed donor, Steven Tong, give false testimony to investigating authorities about whether he had made donations in connection with the 2015 Chinese Friends of Labor fundraising dinner.

Mr Tong told the hearing Mr Wong confiscated his phone and put it in a drawer during a September 2018 meeting in his parliamentary office, prompting Mr Tong to take a note of the meeting afterwards.

In his contemporaneous note submitted to ICAC, Mr Tong said he told Mr Wong he was upset about being implicated in an investigation into a donation he did not make.

He said he knew nothing of the $5000 donation made in his name until he received a letter from Labor informing him he was eligible to deduct the donation from his taxes.

Mr Tong’s and another man’s evidence about the meeting was disputed by Mr Wong, however the ICAC accepted their evidence over his.

“In essence, the commission considers that Mr Wong is not a witness of credit,” the report reads.

His evidence about the meeting was regarded as “internally inconsistent, at odds with the other evidence and unreliable”.

The NSW Electoral Commission referred the matter to ICAC in January 2018 after suspicions were raised about how five donors who said they were restaurant waiting staff could afford to make substantial political donations.

Operation Aero was created to investigate and zeroed in on a Chinese Friends of Labor dinner held at a restaurant in the inner-Sydney suburb of Haymarket.

ICAC reported many of the donors lacked the financial means to make such large donations, were not Labor members, did not attend the dinner, explained the source of their cash donations in similar ways and gave them to the same man, who did not keep a record of receiving it from them.

Hearings were conducted over 37 days in 2019, and the commission released a report into its findings on Monday.

ICAC is seeking advice from the Director of Public Prosecutions on whether to pursue prosecution.

‘It means so much’: Celebrities share their abortion stories after Roe v Wade
Kean not told of NSW train ‘contingency plan’
Today's Stories