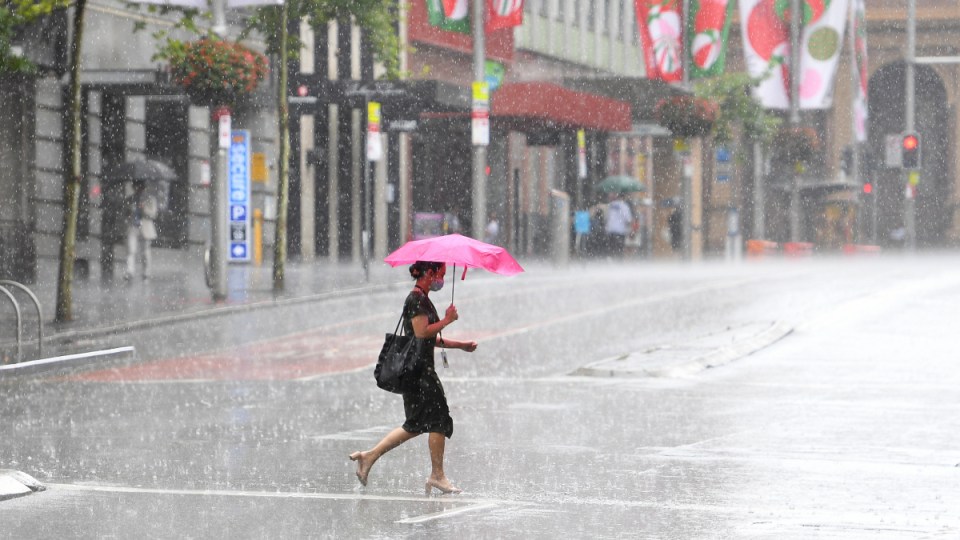 Eleven flood warnings are current in northern NSW as the big wet which has inundated Queensland’s southeast and claimed seven lives heads down the east coast.

Dominic Perrottet said an evacuation alert is also in place for residents along the Clarence River near Maclean.

SES volunteers had already affected 70 flood rescues since torrential rain began falling on Tuesday including five in the past 24 hours, the Premier told reporters on Sunday morning.

“We know that whilst there might be blue skies in certain parts of NSW that does not mean that there will not be significant flooding events that occur over the course of this week,” he added.

“So please, please, do not be complacent.”

Severe weather is impacting a 450 kilometre stretch from the Queensland border to Port Macquarie with a risk of life-threatening flash flooding particularly during Sunday afternoon and evening, says the Bureau of Meteorology.

NSW Emergency Services Minister Steph Cooke said there are 550 SES volunteers in the field and strong back-up plans in place.

“The SES is well supported by our other emergency services, organisations, including the RFS, where we have pre-positioned aircraft up on the far north coast,” she said.

“They’re able to respond to any incidents that arise up there. We also have fire and rescue, with both teams and appliances in the north of the state, again ready to respond the risk of flash flooding, heavy rainfall.”

No relief before Monday

Senior Bureau of Meteorology hydrologist Ailsa Schofield said there is the potential, as the monster system moves south, for up to 250mm of rain in some areas.

“We won’t start to see the rainfall ease until tomorrow,” she said.

“What this means for communities is that there is very serious and life-threatening flash flooding and riverine flooding likely.

“We have a number of flood warnings current from minor, moderate and up to major flooding.”

There five catchments affected are the Tweed, Wilsons, Richmond, Clarence and Arara rivers.

The communities of Tombolgin, Lismore, Grafton, Coots Crossing, Kyogle and Coraki have major flood warnings forecast from Sunday or for Monday.

Ms Schofield said it was possible the system could reach southern NSW by Wednesday.

One NSW life has already been claimed, with a man killed when his LandCruiser was carried away by local floodwaters on the Central Coast, north of Sydney, on Friday.

Meanwhile, communities affected by severe storms and floods across NSW will receive an additional $200 million in a jointly funded Commonwealth-state support package.

Aid on the way

NSW communities affected by severe storms and floods across NSW in February and March will receive an additional $200 million in a jointly funded support package from the Commonwealth and NSW governments.

“We know it has been a long and difficult road for NSW communities who were affected by these devastating weather events,” Minister for Emergency Management and National Recovery and Resilience Bridget McKenzie said.

“The NSW Storm and Flood Recovery Package is essential in supporting industry recovery, rebuilding community infrastructure, and safeguarding mental health and community wellbeing across the 78 LGAs that were heavily impacted.”

NSW Deputy Premier Paul Toole said it was vital to continue to deliver programs that meet the unique recovery needs of every community.

“The government has activated all the different levers to provide assistance to communities there,” he said.

“We will be standing, of course, with Queenslanders and working closely with the Queensland government and local governments to provide whatever they need to get through those tragic flooding situations there.”