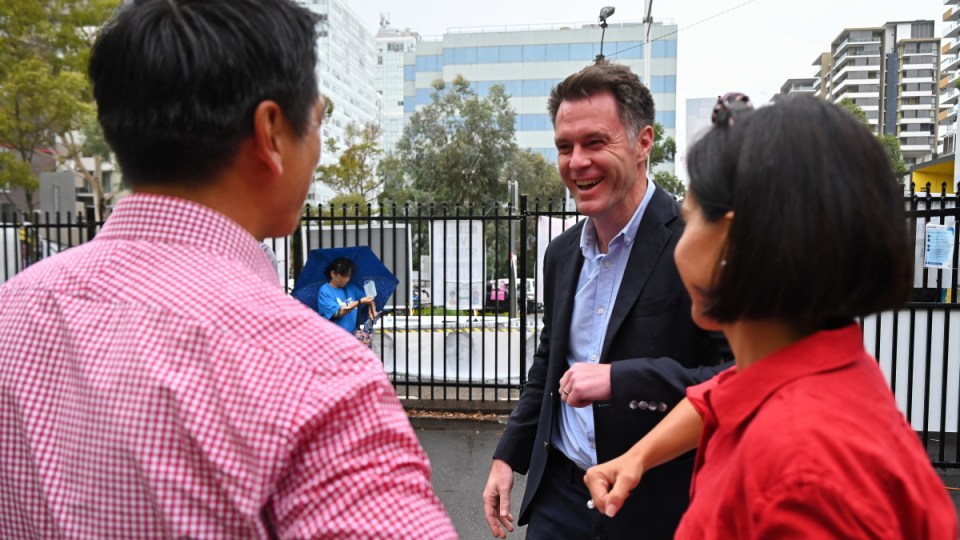 NSW Opposition Leader Chris Minns has nudged ahead of Dominic Perrottet as the state’s preferred premier in a new opinion poll.

The Resolve Political Monitor, published in The Sydney Morning Herald on Thursday, found 32 per cent of NSW voters preferred the Labor leader, up from 23 per cent previously.

The Liberal Premier trails at 29 per cent, while 39 per cent of voters are undecided, the poll of more than 1000 people found.

It’s the first poll to test voter sentiment since the COVID-19 Omicron variant ran rampant in NSW over the summer holiday break and case numbers soared to tens of thousands a day.

Thousands of people in NSW were forced into isolation and testing centres were overwhelmed, while rapid antigen tests were in short supply and staff shortages were rampant.

The survey was conducted in the week after four byelections on February 12 – with the government losing the seat of Bega and suffering a swing of about 18 per cent in the blue-ribbon Liberal seat of Willoughby.

The final results won’t be confirmed until March 11 but the Coalition has already been pushed further into minority government in NSW.

The “Super Saturday” byelections were the first major electoral test for the state’s new major party leaders ahead of the next election in March 2023.

The poll was conducted before the shutdown of the state’s rail system on Monday, which has left the government in turmoil arguing over who was to blame, as train services continue to run at just 25 per cent capacity.

The Greens’ primary vote has dropped to 8 per cent, while the vote for independents rose to 13 per cent.

Resolve director Jim Reed told the SMH the poll showed voters weren’t happy with the way the government had handled the Omicron outbreak.

“Given the poll was taken before the recent train shutdown and tolls debate, voters are telling us that this is mainly about the government’s handling of Omicron,” he said.