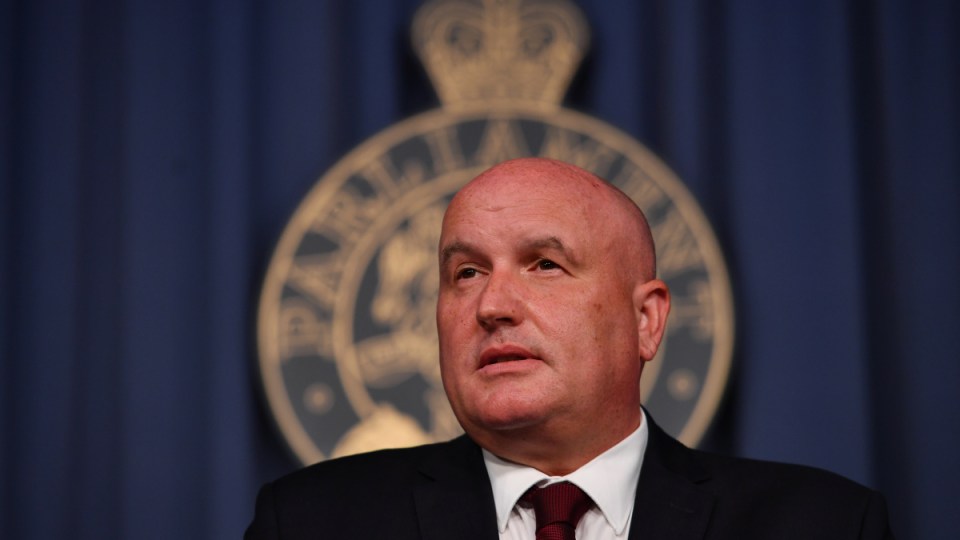 The NSW government has abandoned its legal action against the state’s train workers, a day after it shut the network down with just a few hours notice.

He also defended Transport for NSW’s decision to halt the trains, causing two days of chaos for thousands of NSW commuters.

“It is on the advice of the senior counsel that the government will withdraw the matter currently before the Fair Work Commission,” he said.

“As a result of that, I have agreed with the union today that we will start to commence rewriting the enterprise agreement, which expired in May last year.”

Mr Elliott earlier met Rail, Tram and Bus Union representatives to try to hammer out a resolution to the ugly workplace fight that meant only limited train services ran on Tuesday after Monday’s network-wide shutdown.

The meeting between union officials and the minister lasted about an hour and concluded about 10am. It reportedly included full and frank exchanges.

RTBU NSW Secretary Alex Claassens said there was an initial “blood-letting”, followed by a discussion about a resolution to the crisis.

The government and the union will meet again to discuss Sydney’s train fleet, wages and safety issues.

Trains in NSW were running at 25 per cent capacity on Tuesday, with most timed every half an hour. Services on Sydney’s inner-city rail network were reduced to every 15 minutes, with buses filling gaps in the network.

The restricted services led to widespread reports of packed trains on Tuesday morning.

“It is also my hope, and I have put it to the union, that … they will as quickly as possible return to the COVID timetable, that is the enhanced weekend timetable that is being used up until Sunday. Ideally, that would return tomorrow,” Mr Elliott said.

His more conciliatory language came after Mr Elliott accused the union of “industrial bastardy” and Premier Dominic Perrottet blamed it for the shutdown on Monday, saying it was part of a “coordinated, concerted attack” on the government by the union and Labor.

It has since emerged that Transport for NSW decided shortly after midnight to shut down the state’s trains at little notice, leaving commuters stranded across Sydney, Newcastle, the Central Coast, Blue Mountains and Illawarra.

The union had insisted limited industrial action planned for Monday would not have affected safety and workers were ready to run the trains.

Mr Elliott said he and Mr Perrottet learned of the shutdown early on Monday morning, when they checked text messages. He said on Tuesday he did not want to “dwell on” Monday’s developments.

“It was a day of high emotion because the people of Sydney were certainly disenfranchised, but it was industrial action, there is no doubt about that, and the union and I had a chat about that,” he said.

Mr Elliott said the sudden decision to shut down the network was “an operational matter”, and said he did not necessarily expect to be informed first.

“The executive of any government department would have the right to make a swift call if it is in the interests of the welfare or safety of commuters in the workforce,” he said.

“I don’t expect them to send I car around at two o’clock in the morning and wake me up [to inform me]. We pay these people to do the job, and I accept the fact that it was their judgment call as executives of the organisation that they needed to use their discretion and close the system.

Sydney Trains said commuters could expect a limited service for days before frequency increases later in the week. Train passengers were being urged to find alternative transport.

Morrison’s whistle-stops span the nation, but five MPs were left to fight their own battles
NSW train meeting ends without deal
Today's Stories