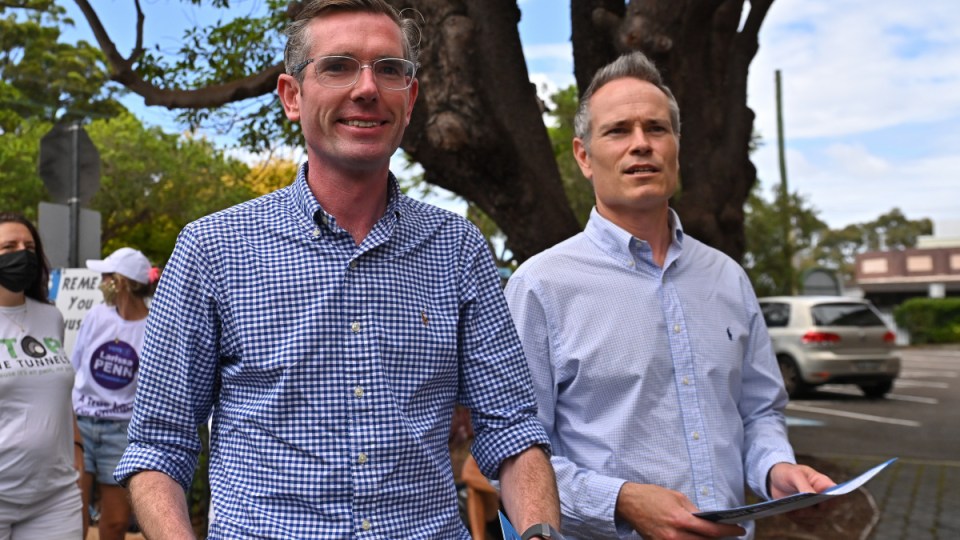 A byelection swing against the NSW government in a formerly safe Liberal seat could be a lesson about the power of independent candidates ahead of the federal election.

In doubt is the blue-ribbon seat of Willoughby in the heart of Sydney’s north shore, which was held for 18 years by the hugely popular Gladys Berejiklian, as four byelections were held on the weekend.

The former premier built a hefty margin of 21 per cent but the Liberal Party faces a swing against it of more than 19 per cent.

As pre-poll votes were counted after election night, only about 10 per cent of preferences were being directed to the Liberal candidate Tim James, pushing the seat back into doubt on Tuesday night.

He leads with 51.9 per cent of first-party preferences, with Independent candidate Larissa Penn closing the gap to less than four points.

Veteran ABC election analyst Antony Green said local issues affected Mr James’ run, including being from the right of the Liberal Party, while Ms Berejiklian was a moderate.

Voters could also have baulked that the party pre-selected a man to replace a woman.

“That’s built up to produce this big swing against the Liberal Party in this seat,” Mr Green said on Wednesday.

He believes the Liberals will ultimately retain Willoughby. But the swing could have federal implications for the seat of North Sydney where independent Kylea Tink is challenging Liberal backbencher Trent Zimmerman – who is yet to be endorsed.

“If a little known independent with not much resources can run the Liberal party a close race, how will other Independents go?

“That’s the lesson from these, we wouldn’t expect that Willoughby would be the doubtful seat of these four but that’s what it looks like.”

“I’m confident we will get over the line but we’re not going to count our chickens yet,” he told Sydney radio 2GB on Wednesday.

“We will go through the process and see what the people of Willoughby decide.”

On Saturday, NSW voters went to the polls in byelections in Strathfield, Monaro, Bega and Willoughby.

Labor candidate Michael Holland looks likely to have secured Bega for the party for the first time while the ALP retained Strathfield and the Nationals held Monaro.

The final results may not be known until March 11 due to a surge in postal votes. The NSW Electoral Commission began processing them on Wednesday.