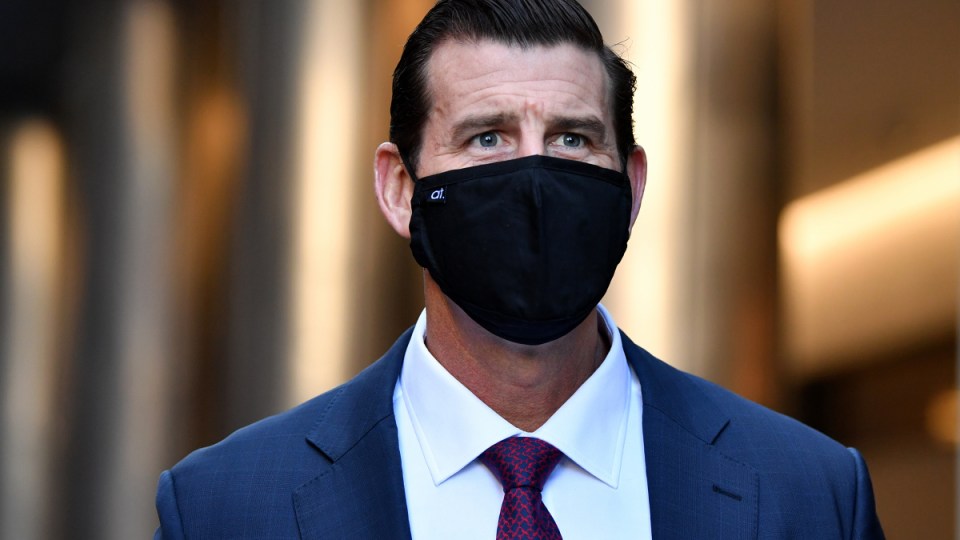 Ben Roberts-Smith’s former wife has appeared at the Federal Court as she readies to testify against the decorated soldier for the newspapers he is suing for defamation.

The Victoria Cross recipient is suing The Age, The Sydney Morning Herald and The Canberra Times and denies their reports that he committed war crimes and murders in Afghanistan between 2006 and 2012.

Emma Roberts could begin giving evidence for the media outlets on Monday after her ex-husband failed in his bid to cross-examine her about confidential information in an email account.

The SAS veteran claimed Ms Roberts handed over private communications to the mastheads in preparation for the defamation trial, but his claim was dismissed as “ill-founded” in January.

The special forces soldier recently lodged an appeal against the decision.

It follows two explosive weeks of allegations against Mr Roberts-Smith where he was accused of describing the killing of an unarmed Afghan teenager as a “beautiful thing”.

The third Australian witness called by the newspapers – who have mounted a truth defence – on Friday said a 2012 conversation he had with Mr Roberts-Smith “shocked me to my core”.

It followed their final mission in Afghanistan where the witness codenamed Person 16 said he detained two men in a Toyota Hilux, one being a terrified adolescent.

About 20 minutes after Mr Roberts-Smith’s patrol collected the men, the trained medic heard him make a radio call that two enemies had been killed in action.

A day or two later he says he crossed paths with his fellow SAS soldier in the barracks.

“What happened to that young fella who was shaking like a leaf?” he said he asked Mr Roberts-Smith.

“”Person 15 told me not to kill anyone on the last job so I pulled out my nine mill and shot the c— in the side of the head, I blew his brains out.

“‘It was the most beautiful thing I’ve ever seen.'”

“That is absolutely false. This conversation 100 per cent happened.”

Mr Roberts-Smith has strenuously denied all accusations of wrongdoing, and says he acted within the moral and legal rules of military engagement during his six tours of Afghanistan.

Mr Moses said Person 16 had made inconsistent statements that he had seen Mr Roberts-Smith bully his colleagues, after telling the court that he had never witnessed such behaviour.

“I meant physical bullying,” he said.

“You cannot delineate between the fact of what happened and what you think happened,” Mr Moses said.

But Person 16 insisted his memory had not been influenced by the traumas of war.

The trial continues on Monday before Justice Anthony Besanko after Friday’s session ended in closed court.