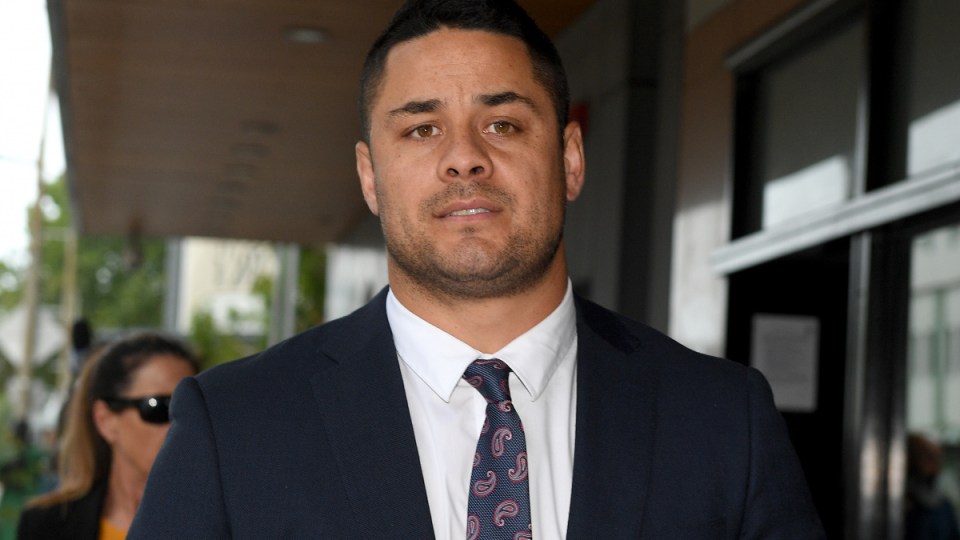 Jailed former NRL star Jarryd Hayne’s sexual assault convictions have been quashed and a third trial has been ordered.

The 33-year-old was found guilty last year of two charges of sexual assault without consent of a woman in her NSW Hunter bedroom on the night of the 2018 NRL grand final.

He was jailed last May for five years and nine months, with a non-parole period of three years and eight months.

On Monday, the NSW Court of Criminal Appeal ordered another trial, after quashing his convictions.

Justice Helen Syme’s directions of law were “flawed in almost every possible way”, he argued.

While prosecutor Brett Hatfield admitted the language could have been tighter, he said “perfection is not required”.

Another ground was the overruling of evidence admitted into the first trial, which Mr Game said explained the complainant’s state of mind in her “abiding interest in having sex with Jarryd Hayne”.

He also disputed a “highly prejudicial” outburst from the woman in the first trial when she yelled “no means no” under cross-examination, played before his second jury and likely to bring about a “very sympathetic response”.

But the Crown argued the woman appeared deflated and flat directly after this exchange, and her monotone responses would be incongruent without viewing the preceding moments.

Both trials were told Hayne had left his friend’s buck’s party to meet the woman and forcibly performed oral and digital sexual intercourse on her.

“I do not accept the offender did not know or did not hear the victim telling him she did not want to have sex with him,” Judge Syme said.

Chief Justice Tom Bathurst and Justices Helen Wilson and Ian Harrison will publish the reasons for their appeal decision later on Monday.