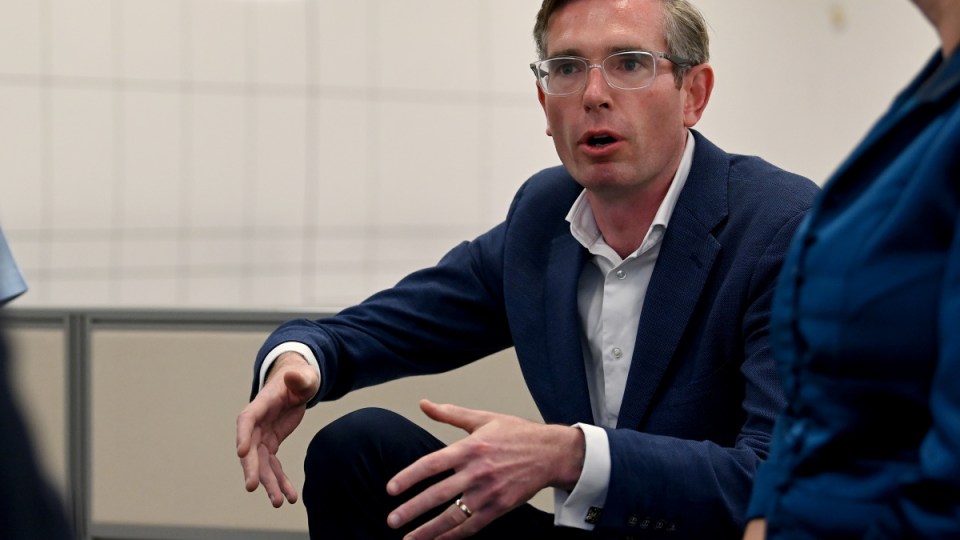 Labor has urged voters to send the NSW Premier a message at the ballot box, hoping anger at his government could net them a “historic win” in at least one of four seats up for grabs in by-elections.

While about 40 per cent of constituents in the electorates have already picked their candidate – voting early or via post – people began turning out to booths saturated with signage on Saturday morning.

The contests are the first electoral test for Liberal Premier Dominic Perrottet and Labor leader Chris Minns, and come a year before all NSW voters heads to the polls in a general election.

Both men were recently elevated to their position and both are painting their parties as the underdogs.

For Mr Perrottet, there is the usual swing against the government in by-elections, the loss of popular and senior MPs, as well as scrutiny of his handling of the surging Omicron wave.

The government is already in minority, and a loss of any further seats would force it to rely more heavily on the votes of independent or minor party MPs.

The stakes are also high for Mr Minns, who has pitched himself as the man to make Labor a real election chance after more than a decade in opposition.

There will be a fierce contest for the seat of Strathfield, which Labor won with a margin of five per cent last election.

But Bridget Sakr – whose 11-year-old daughter died along with three other children when they were hit by a drunk and drugged driver at Oatlands in 2020 – is hopeful she can win it for the Liberals.

Upset over the departure of former Labor leader Jodi McKay, who many feel was treated unfairly by the party, could help carry her over the line.

Former United Nations lawyer Jason Yat-sen Li will try to retain the seat for the Labor, with former prime minister Kevin Rudd previously lending his weight to his campaign.

But Labor is also threatening a Liberal seat.

Bega, on the state’s south coast, was held by former transport minister Andrew Constance on 6.9 per cent margin.

Labor has never won the seat, but the party is hopeful local gynaecologist and obstetrician Michael Holland is about to break the drought.

Mr Minns has painted the battle in the electorate as a referendum on the new Premier.

“If a conservative candidate is re-elected in this seat, and in the seat of Strathfield, it’ll give a green light to all of the policies of Dominic Perrottet,” the opposition leader said on Saturday.

“Voters recognise that you can’t change the government in a by-election, but you can send a message.

“I think many people want to put a handbrake on the government.”

However, he was quick to clarify the by-election results were not necessarily a reflection on his leadership.

“Regardless of the result, there’ll be a huge challenge for NSW Labor to get the trust of the voters of this state by March 2023.”

Dr Holland – who said his success would be a “historic win” – is running against farmer and former teacher Fiona Kotvojs for the Liberals.

Elsewhere, Nationals candidate Nichole Overall and Labor’s pick Bryce Wilson will face off in Monaro – held by the Nationals on a margin of 11.6 per cent – while Tim James is likely to retain Willoughby for the Liberals.

The NSW Electoral Commissioner has warned it could be a month before final results are known, due to the prevalence of postal voting offered to voters as a COVID-safety measure.

Results will begin being reported online after polls close on Saturday night, but final results are not scheduled to be announced until March 11.