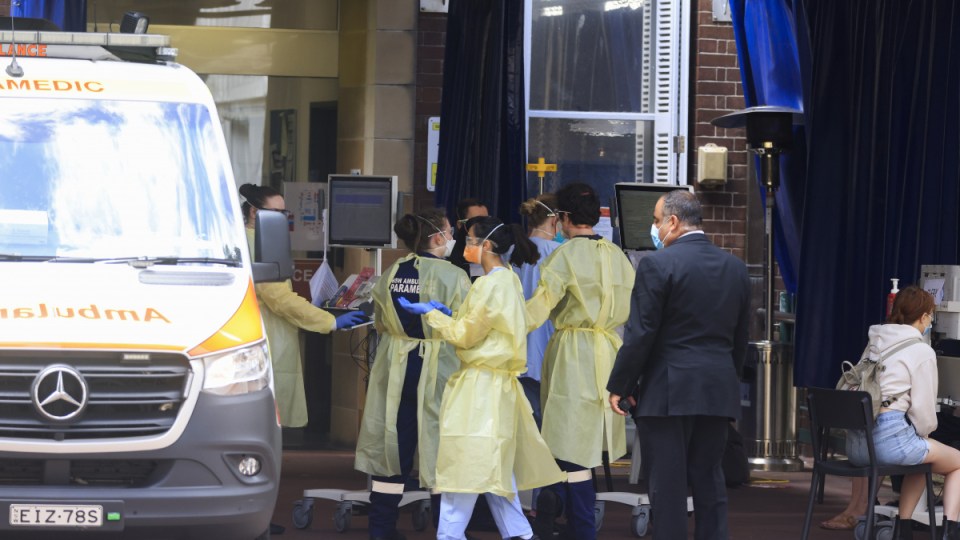 NSW has reported 29 deaths and a slight drop in COVID patients in hospital, as nurses protest about staff-to-patient ratios.

The 29 deaths confirmed on Thursday take the tally of COVID deaths in NSW in the past week to 220. Almost 1200 people have died since the pandemic began.

Meanwhile, six out of 10 NSW intensive care nurses say they have “no intent of sticking around” once the Omicron outbreak subsides, as nurses prepared to rally outside a western Sydney hospital.

Catherine Bennett, Deakin University’s chair in epidemiology said with some private schools starting the school year on Thursday and state schools returning on Tuesday, COVID numbers were expected to rise.

“There’s been a period where we would have missed people who have asymptomatic infections.

“Now, particularly with kids, they’re likely to be picked up in the first week of school screening.”

Meanwhile, the NSW Nurses and Midwives’ Association said there was a feeling of “despair” among ICU nurses in a recent survey.

“There are members who are telling us that they will get through this crisis, and then that’s it,” acting assistant general secretary Michael Whaites said.

“There are a lot of them saying, ‘Three to five years, tops’. They can’t see themselves giving anything more than that.”

Mr Whaites said he was not sure how many nurses and midwives at Liverpool Hospital would join Thursday’s protest.

Regardless of how many could protest, nurses “desperately need” the government to commit to improving staff-to-patient ratios, Mr Whaites said.

“At the moment staffing is based on a calculation that goes over the week, and we know it’s not working.”

He said calculating ratios shift by shift instead could help address understaffing in the hospitals.

Premier Dominic Perrottet has said NSW Health modelling showed the state’s hospitals had capacity and were still faring better than the envisioned “best-case scenario” based on outbreaks in London and South Africa.

Mr Whaites said that did not match the reality of what staff in the hospitals were enduring.

Hearing a commitment from Mr Perrottet that staffing ratios would be addressed would provide hope to nurses that things would improve in the future, Mr Whaites said.

It would do more than repeated thanks and praise for health workers, which were “shallow, and they’re not backed up by actions”, he said.

“But there’s no actions. There’s just words and our members are increasingly frustrated by it.”

Senior nurses were leaving and being replaced by less experienced staff who lacked support, and by the time they became an expert in a particular specialty, “they’re done… they feel that they can’t stay”, Mr Whaites said.