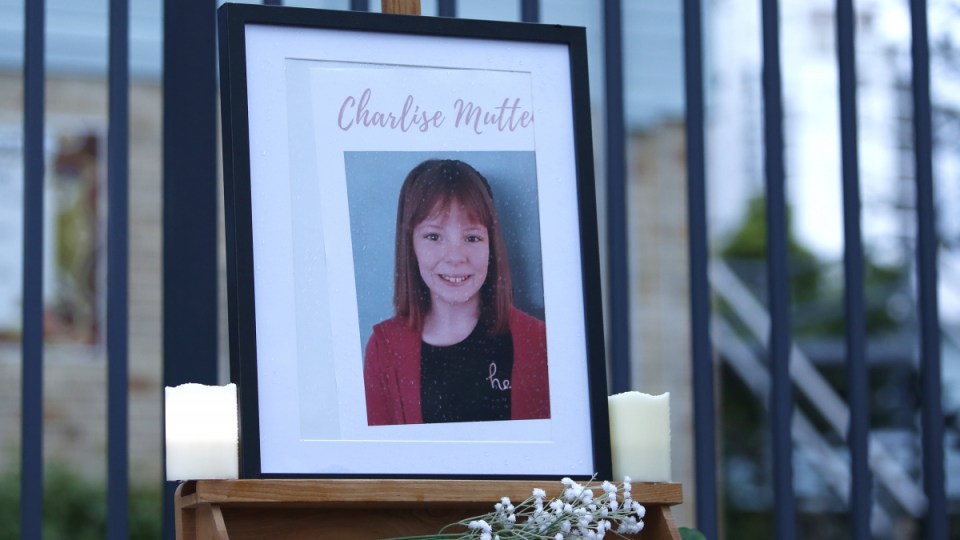 Nine-year-old Charlise Mutten was shot dead before her body was dumped in a barrel in bushland in the Blue Mountains, police have revealed.

It came as NSW Police also pleaded for more information about the movements of a red Holden Colorado ute linked to the discovery of the nine-year-old’s body last week.

Detective Homicide Squad Commander, Detective Superintendent Danny Doherty said an autopsy had revealed Charlise – who trigged a massive search after being reported missing from a luxury wedding venue at Mount Wilson on January 14 – had been shot.

“Charlise … suffered a fatal gunshot wound and that’s how she died,” he said on Tuesday.

“It’s important that the public know that this is a unimaginable and egregious murder of a child. Investigations are still ongoing.

“The crime scene at Mount Wilson is ongoing.”

Charlise’s disappearance triggered an intensive five-day search of bushland before her body was discovered last Tuesday, in a barrel dumped near the Colo River, north-west of Sydney.

Charlise’s mother Kallista was hospitalised following the discovery of the nine-year-old’s body, and police could not initially interview here.

They have since done so. She has told them she was not present at the Blue Mountains wedding venue where she, Charlise and Mr Stein, who is Ms Mutten’s fiance, were staying at the time of the murder. She has also corroborated other key evidence.

Detective Superintendent Doherty said tracking the ute and boat was investigators’ top priority as they looked to fill gaps in time in Charlise’s death.

“We really need the community’s assistance with this,” he said.

Police previously revealed Mr Stein unsuccessfully tried to launch a boat in Sydney before driving to the Colo River.

“[Police are] appealing to anyone who may have seen this red Holden Colorado towing a boat, any suspicious activity or unusual activity around the car and the boat at any of those locations or other locations,” Detective Superintendent Doherty said.