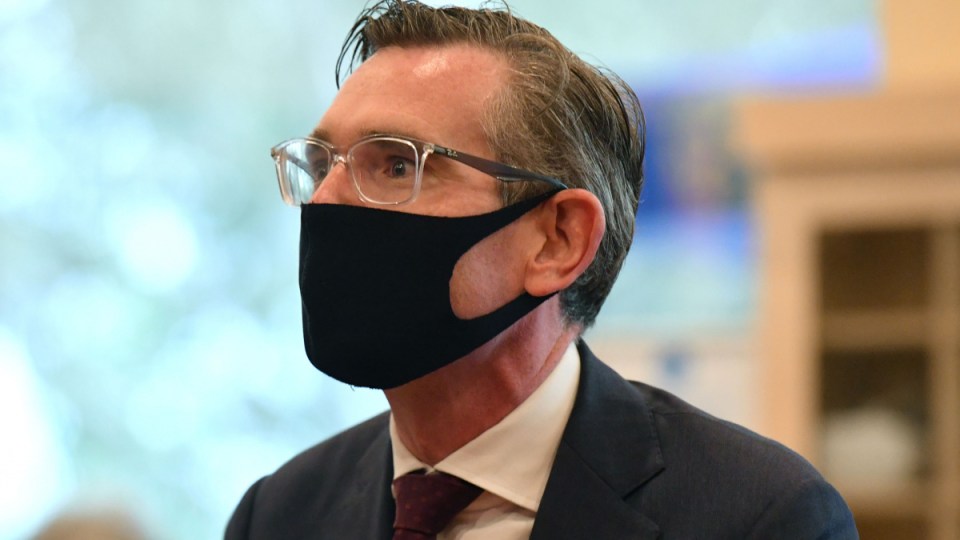 It’s another day of good news/bad news for NSW, which has recorded 34 additional COVID-related deaths but saw patient numbers in the state’s hospitals register a decline.

However the number of coronavirus patients in the state’s hospitals is slightly down on Saturday, with 2712 in care. Of these 189 are in ICUs, 15 fewer than for the previous 24 hours.

NSW Health’s “best-case scenario” predictions based on outbreaks in London and South Africa initially suggested a peak of 3158 people in hospital and 270 in ICU.

Authorities say just under 7000 of the latest cases were detected using rapid antigen tests and 13,620 of them were recorded in labs.

Some 93.9 per cent of all eligible people aged 16 or over in NSW are now double vaccinated, while almost a third (32.8 per cent) have also had a booster shot.

Dominic Perrottet continues to stress that vaccinations and boosters are key to living alongside the virus.

The Premier says while the under pressure health system is coping “the facts and the evidence speaks for itself” on vaccinations.

While barely more than six per cent of the NSW population is unvaccinated, they represent almost 50 per cent of those in intensive care with the virus.

NSW is meanwhile yet to release its plan to return children to classrooms amid the Omicron outbreak.

“We are doing it in a way that is safe for parents, safe for teachers and safe for children, and we’ll be announcing those plans alongside the Victorian government shortly,” Mr Perrottet said on Saturday.

Opposition Leader Chris Minns said parents and teachers urgently needed clarity and called on the Premier again to release the plan with the first day of term approaching.

“We want the 28th of January to work but there’s no substitute for preparation, and wishful thinking about the Omicron surge and the effects of COVID is no substitute for planning, particularly when it comes to public education,” Mr Minns said on Saturday.

Labor has suggested the government use public schools as vaccination hubs in a bid to boost the number of children who have received at least one vaccine dose before classes return. That figure was 24.1 per cent on Saturday.

NSW Health deputy secretary Susan Pearce says schools are not currently operating and the vaccines, some of which require being held at extremely low temperatures, “can be a little tricker to handle”.

She says the experience vaccinating 12 to 15-year-olds suggested there is no need to turn schools into hubs.

“The uptake of the vaccine in that age group was very swift and not done in a school-based program,” Ms Pearce said.

Was this man (a) crazy; (b) a delusional megalomaniac or (c) just a very ‘loose unit’?
Pfizer chief: Once-a-year booster jabs are our goal
Today's Stories