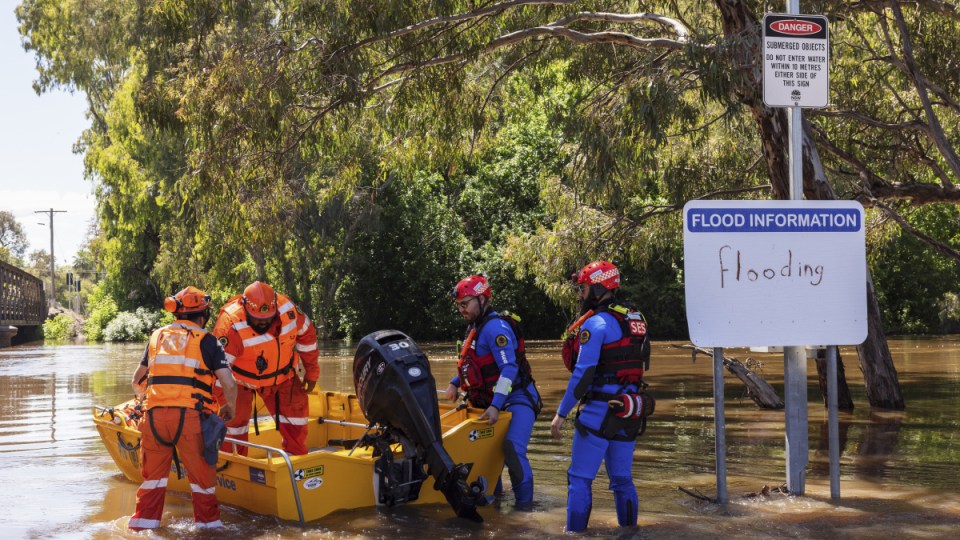 The NSW premier will visit the regional town of Forbes where flood waters are still slowly rising. Photo: Getty

NSW Premier Dominic Perrottet will visit the central-western town of Forbes, where the threat of rising floodwaters is likely to linger for days, with more rain forecast in coming days.

Some residents began returning their homes on Wednesday after it became apparent the Lachlan River was unlikely to exceed major flood levels – but the flood risk is far from over.

“It has come through the town and made its way to the lake system but it’s nothing we can’t handle,” she told Sydney radio 2GB on Thursday.

“It’s coming up some of the streets but nothing like we would have expected.”

The Lachlan River was at 9.52 metres, well below the peak during the 2016 flood crisis when the river hit 10.67 metres and inundated hundreds of homes.

“That’s a good indication that we are getting close to our peak,” Ms Miller said.

But the Bureau of Meteorology is predicting more rain in the area, leaving the town “on a knife’s edge”.

“We’re not out of the woods yet because the forecast is for a lot of storm events and showers right throughout the rest of spring and into early summer,” the mayor said.

The SES issued a partial all clear on Wednesday afternoon after it became apparent the Lachlan River was unlikely to exceed the predicted major flood level of 10.55 metres.

The SES has advised residents and businesses to keep their flood preparations in place.

“More rain is forecast to fall this weekend that may contribute to increased flooding and river rises,” the SES says.

Some farmers who were preparing to harvest have instead had to watch their crops being wiped out by the floodwaters.