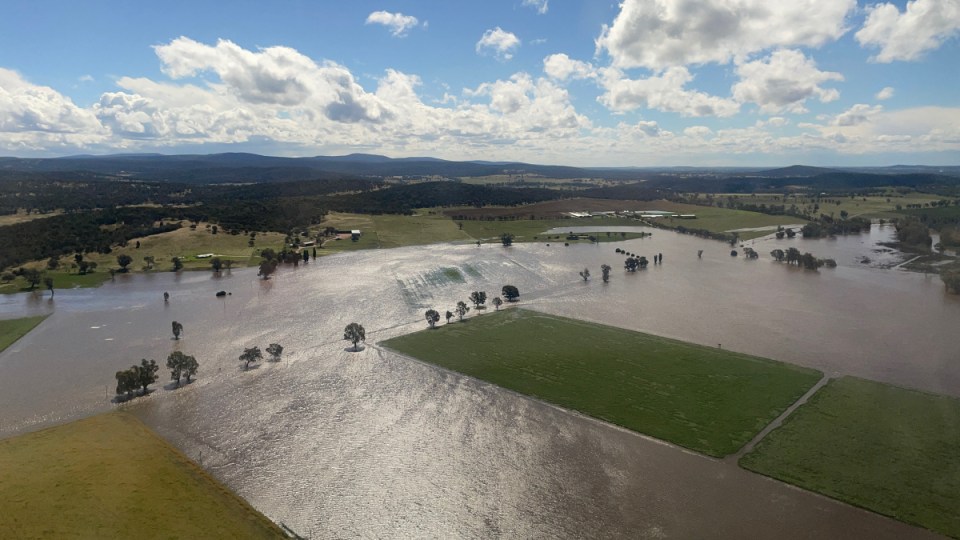 The SES ordered about 1800 Forbes residents to evacuate but many are staying put. Photo: AAP

The flooding Lachlan River is continuing to rise as water makes its way through the central-western NSW town of Forbes, but the river is expected to peak before it exceeds major flood levels.

It looks like locals will be spared the devastation caused by the September 2016 floods when the river peaked at 10.67 metres, flooding hundreds of homes.

At 1 pm on Wednesday, the river had reached a height of 10.44m at the Iron Bridge in the town’s south, having risen about 24cm since midnight.

The river is expected to peak below the major flooding height of 10.55m on Wednesday, but evacuation orders are still in place and hundreds of homes could still be inundated.

Forbes Mayor Phyllis Miller told AAP the flooding has not been as bad as in 2016 and “we’re looking pretty good”.

On Monday evening, the Lachlan River peaked 60cm above the 2016 flood levels at Nanami but the same is not expected downstream at Forbes.

The State Emergency Service on Tuesday ordered about 1800 residents to evacuate but many have chosen to stay put, sandbagging around their properties and hoping the water won’t reach their homes.

However, there are concerns about rainfall that’s predicted to hit the already drenched town and surrounds at the end of the week and for farmers who were ready to harvest a bumper season of crops.

Water from upstream on the Lachlan River has been spilling out onto rural properties, submerging millions of dollars worth of crops.

“We are going to lose hectares and hectares of beautiful crops. That is really sad,” Ms Miller said.

Emergency Services Minister David Elliott said 275 SES volunteers were stationed in the vicinity to help and he was “delighted” there had been no flood rescues overnight.

However, he warned people to stay on high alert for rising floodwaters and alert to closed roads.

“It can be many many days before some of these floodwaters actually make their way to their final resting place,” he said.

An evacuation centre has been set up at St Andrew’s Presbyterian Church for those unable to get to alternative accommodation with family or friends.