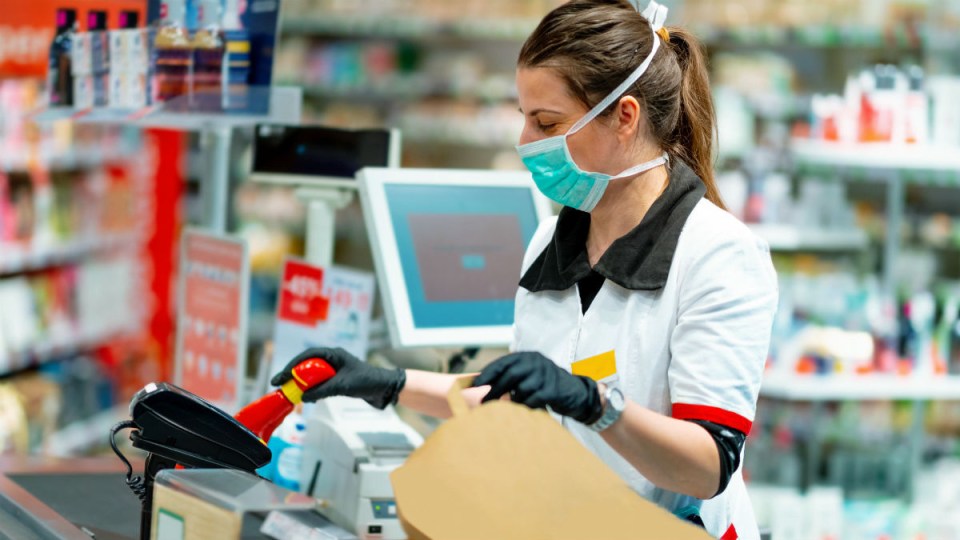 The assumption that checkout attendants caught COVID on the job no longer applies. Photo: Getty

The NSW government plans to roll back a special protection for frontline workers who test positive for COVID-19, saying it will save businesses half a billion dollars.

The special COVID-19 provision was added to the Workers Compensation Act in May 2020.

It means that workers in retail, healthcare, hospitality and other frontline industries who catch COVID-19 are presumed to have caught it in the course of their employment – which makes it easier to file a workers’ compensation claim.

Premier Dominic Perrottet said on Sunday that when the amendments were made, there was very little information about how COVID-19 was spread and there were no vaccines.

Repealing the section would mean the system is fair to employees, while also ensuring businesses aren’t hit with a spike in insurance premiums, he said.

‘Stab in the back’

The plan is a “stab in the back for the tens of thousands of workers fighting COVID”, says Opposition industrial relations spokeswoman Sophie Cotsis.

“Mr Perrottet expects a hospital cleaner who fell sick fighting COVID to then have to fight (the public insurer) icare too,” Ms Cotsis said.

Leaving the protection in place could lead to 25,000 extra claims over the next year, with insurance premiums rising by $950 on average, says Minister for Digital and Customer Service Victor Dominello.

The government says COVID-19 claims could cost the workers’ compensation system up to $638 million over the coming year, citing Doherty Institute modelling.

Greens MP David Shoebridge, who was a key proponent of the protection, says no one should trust these figures.

“The cost to date has been less than $20 million and the government’s initial estimate was that it would be more than $8 billion over four years,” he told AAP.

The Greens will be opposing the reforms as put forward by the government, Mr Shoebridge said.

“These workers continue to be the most at risk from catching COVID at the workplace and the government is ripping away their protections,” he said.

“Any savings to government will be tiny but the impact on individual workers will be massive,” Mr Morey said.

If the repeal succeeds, workers will still be able to make claims.

But Mr Shoebridge said it would be “next to impossible for a young supermarket worker to prove they contracted COVID at work rather than at home or on public transport there and back”.

A Blue Mountains man in his 80s who received two doses of the vaccine but had underlying conditions died at Nepean Hospital after being infected at Springwood Hospital.

Some 224 people remain in hospital, four fewer than the day before, with 32 in intensive care.

NSW Health will stop specifying whether new cases were locally acquired or came from overseas in its daily updates from Monday.

Since quarantine for international arrivals was ditched at the start of the month, it is harder to determine the origin of each case.

About 91 per cent of people over 16 are now fully vaccinated and 94.2 per cent of adults have had their first jab.