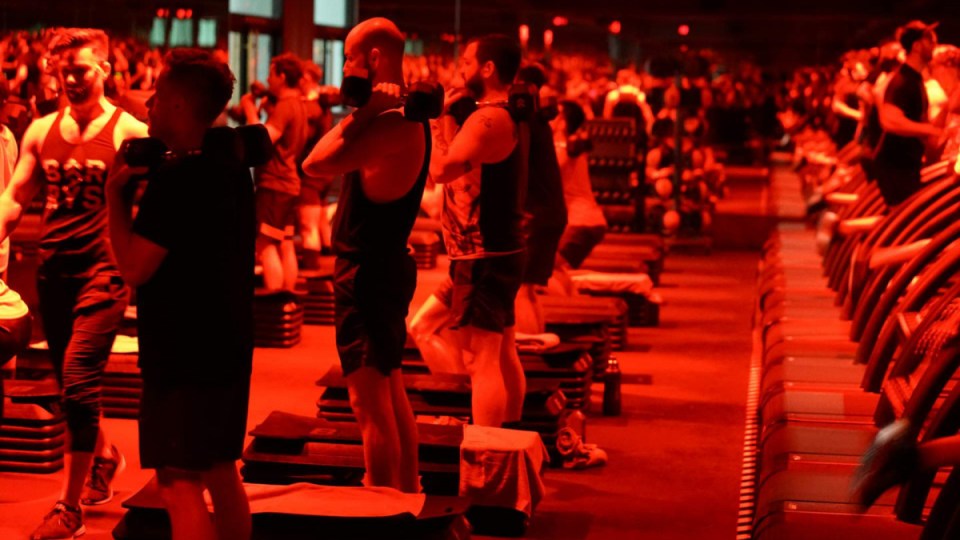 NSW has confirmed another 216 local COVID cases and three more deaths, as concerns rise for clusters at a series of bootcamps across inner-Sydney.

Wednesday’s update came as state health authorities also confirmed 94 per cent of NSW residents over 16 were at least partially vaccinated against the virus.

More than 90 per cent of eligible people have had both doses.

But earlier, NSW Health’s south-eastern local district said it had been notified of 11 confirmed cases of COVID associated with Barry’s Bootcamp at Kings Cross, Surry Hills and Martin Place.

People who attended the various “classes of concern” between October 30 and November 4 are being contacted.

Anyone who attended any of Barry’s Bootcamp classes between those dates who hasn’t been contacted by NSW Health should monitor for virus symptoms and immediately get tested and isolate until they get a negative result.

Under the state’s COVID-19 restrictions, gym classes are limited to 20 people.

The state has set its sights on a 95 per cent full vaccination target. The ‘lockout’ of unvaccinated residents ends when that milestone is reached, or by December 15 at the latest.

Meanwhile, people who swindled support payments meant for NSW businesses and residents hit hard by lockdowns during the COVID-19 Delta outbreak will be pursued by a new strike force.

“Let this be a warning to anyone who made a fraudulent application – it will not be long before we are knocking on your door,” NSW Police Assistant Commissioner Stuart Smith said.

“We cannot have those in need miss out on crucial support while greedy fraudsters live it up on the dime of NSW taxpayers.”

Service NSW has paid more than $11 billion in support payments to people impacted by COVID-19, bushfires and floods.

It has so far investigated suspected fraudulent applications worth $15.9 million, which equates to 2.6 per cent of all paid applications.

Another $4.6 million in payments have been blocked from being paid to people gaming the system.

“It is incredibly disappointing that deliberate, coordinated fraudsters have undermined the systems put in place to support the businesses of NSW in one of the most challenging times we have faced,” Service NSW chief executive Damon Rees said.

Lifting the minimum wage is anything but reckless – it’s what low earners need
Did a woman help Cleo Smith? Police spray Carnarvon house to search for clues
Today's Stories

Another 216 COVID cases in NSW, with alarm for bootcamp clusters