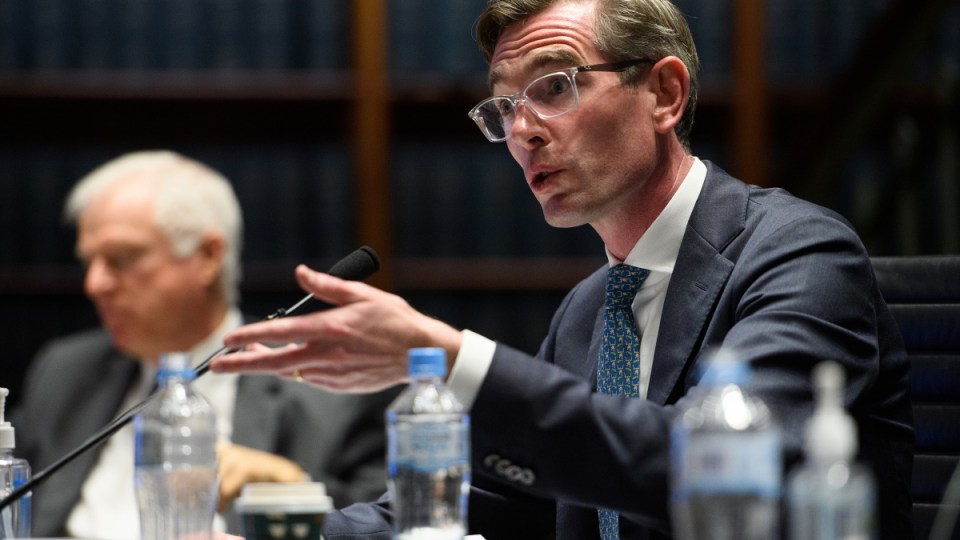 Dominic Perrottet tackles questions about his vision for NSW at a budget estimates hearing. Photo: AAP

Dominic Perrottet has been grilled by MPs on his vision for the state for the first time since becoming NSW premier a month ago.

Mr Perrottet doubled down on his commitment to replace stamp duty with a land tax when he appeared in a budget estimates hearing on Thursday.

“Stamp duty is an inherently terrible tax,” he said.

“It’s by far the most inefficient tax that we have in our state.”

Replacing it with an annual tax, similar to council rates, would help more people buy a home and would drive growth in productivity, he said.

The “worst taxes” are those that act as an impediment to purchase or transfer, he said.

The premier’s comments come after new treasurer Matt Kean appeared to back away from the plan on Wednesday, saying he was considering a range of options.

Mr Perrottet said the public service is still working through issues identified in a progress report.

“If we can get it in a form which will achieve what I’d like it to achieve … then I’ll pursue it,” he said.

He said he has not yet made a decision about whether he supports lifting a ban on uranium mining, but said the government would not be supporting a One Nation bill that is before the parliament.

The premier was also grilled about his government’s approach to privatisation.

He says he has no further privatisation in mind after the recent sale of the last 49 per cent of WestConnex for $11.1 billion, but declined to rule it out.

“I will always assess information and advice that comes through and if I believe conducting a transaction is in the best interests of the people of NSW, then we will proceed down that path,” he said.

Mr Perrottet also committed to a cabinet reshuffle over the summer.

He wants to see more women in cabinet and more women preselected as Liberal candidates in elections.

Of the 21 MPs serving as ministers, five are women – three Nationals and two Liberals.