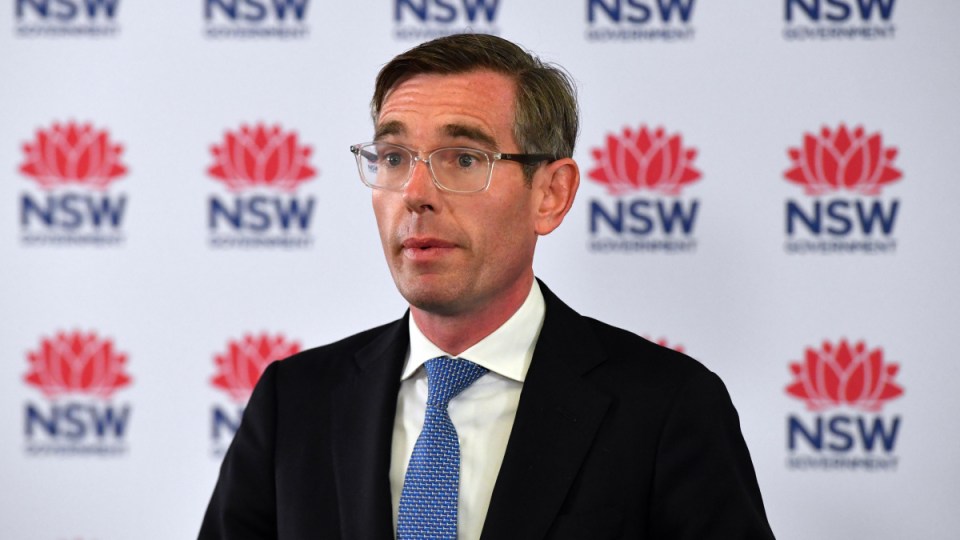 A swathe of COVID-19 restrictions will be scrapped in NSW next week for the fully vaccinated as the state pushes to get 95 per cent of the state double-jabbed.

Premier Dominic Perrottet said from Monday, November 8 there will be no limit on visitors in homes (up from 20) and outdoor gatherings of 1000 people will be allowed (up from 50).

A COVID-safe plan will be required for outdoor gatherings with more than 1000 people.

Density limits and capacity limits at hospitality venues will also be lifted with the one person per two square metre rule applicable in most indoor spaces.

Indoor swimming pools will reopen for all purposes, gyms and dance classes will remain capped at 20 people and dancefloors will be allowed at nightclubs again.

The changes have been fast-tracked by three weeks as the state exceeds predicted vaccination rates.

However, unvaccinated people will be left hanging for access freedoms that were due to begin on December 1.

They will now have to wait at least until December 15 or until 95 per cent of eligible people in NSW are fully vaccinated, whichever comes first.

“We believe that by moving that date back to the 15th of December it will incentivise and we are hopeful that we can get that right up to 95 per cent,” Mr Perrottet told reporters on Tuesday.

“That will not just be nation-leading, it will be world-leading as well. That is the key to opening up.”

About 93.6 per cent of people aged 16 years and older have had one dose of a vaccine and 87.8 per cent are fully jabbed.

Mask settings will remain in place until the state reaches the 95 per cent double vaccination target, or December 15.

Health Minister Brad Hazzard welcomed the new freedoms, saying they came on the back of people heeding the call to get vaccinated and the rollout of the booster program.

“This really is a giant step for all of us in NSW,” he said.

NSW Health has started rolling out a booster program at its clinics for adults who received their second vaccine dose six months or more ago.

It’s been three weeks since the state began transitioning out of a near four-month lockdown as the virus spread steadily declines.

The expedited roadmap was announced as the state on Tuesday reported 173 new local cases and four deaths.

The new cases were recorded in the 24-hours to 8pm on Monday from 58,988 tests and rose by 38 cases from the previous day.

There are 333 patients in NSW hospitals and 72 are in ICU.

On Monday, NSW began welcoming fully-vaccinated Australians home from overseas, without requiring them to undergo quarantine.

Fully-vaccinated people are also free to travel anywhere in the state, setting the scene for a revival of hard-hit tourism and hospitality businesses in the regions.

Bookings for summer holidays in NSW are at a premium with many holiday towns on the east coast already fully booked.

Tourism & Transport Forum CEO Margy Osmond said it means this Christmas will be very different from the last one.

“There’s joy in the air,” she told the Nine Network on Tuesday.

“There’s a different kind of spirit this Christmas. It’s going to be a very celebratory one,” she said.