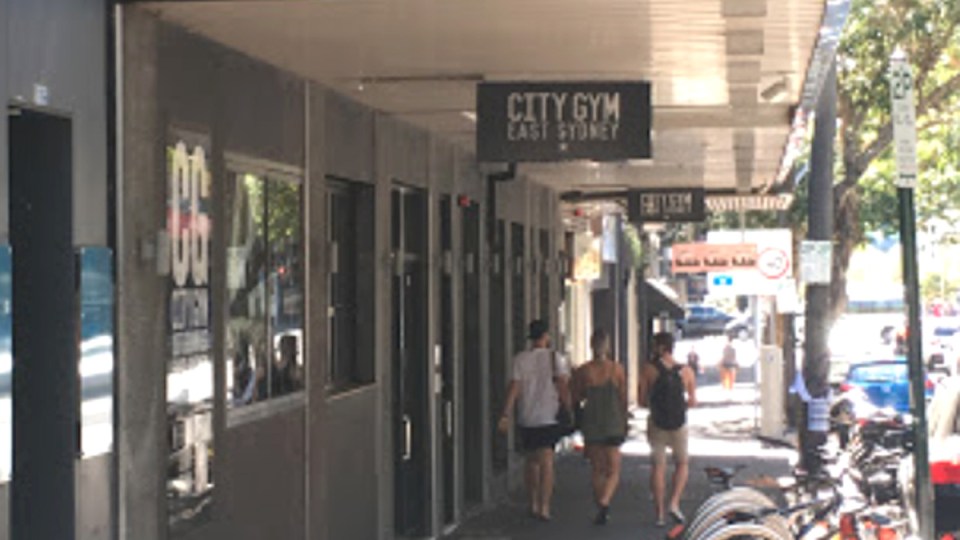 NSW Health has issued an alert for this Darlinghurst gym, because of a growing cluster centred there.

NSW has another 293 local COVID cases and two deaths after a Sydney gym became the centre of a coronavirus cluster.

NSW Health said there were 89,678 tests in the 24 hours to 8pm on Wednesday and 11 fewer new local cases than the previous day.

There are 381 COVID-19 patients in NSW hospitals, with 82 of them in intensive care.

Now 93.3 per cent of people 16 and older in NSW have had one dose of a COVID-19 vaccine and 86 per cent of adults are fully jabbed.

The death toll from the current outbreak, which began in mid-June, is 508.

Meanwhile, there are 15 confirmed cases of the virus linked to City Gym, in Darlinghurst in inner-Sydney. It includes people who attended while infectious or acquired their infection at the facility, NSW Health said.

People who used the gym at certain times between October 18-23 or on the 25th are considered casual contacts and must immediately get tested and self-isolate until a negative result is received.

The highly anticipated move to unfettered travel to the regions is due to start on Monday after being delayed over lagging vaccination numbers outside Sydney.

Premier Dominic Perrottet has hinted it could happen sooner, saying his COVID-19 economic recovery committee will examine “aspects of the roadmap” this week.

While on average more than 86 per cent of NSW residents aged over 16 are fully vaccinated, about 60 regions have less than 85 per cent coverage and 14 have a vaccine uptake of less than 75 per cent.

UNSW epidemiologist Mary-Louise McLaws has called for a “sensible” delay – at least four weeks – to travel to the regions.