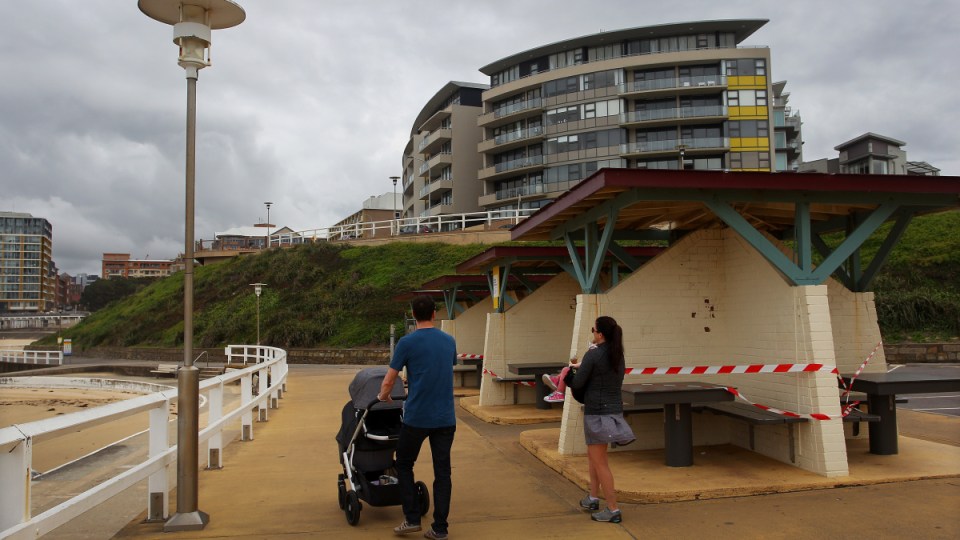 NSW has recorded another 282 local COVID cases and one death, two weeks after lockdown restrictions started easing in the state.

There were 12 fewer cases in the 24-hours up to 8pm on Monday than on the previous day.

NSW Health said 93.1 per cent of people 16 and over had received one dose of a COVID vaccine and 85 per cent of adults were fully vaccinated.

There are 457 patients with the virus in NSW hospitals, 109 of them in intensive care.

The death of a man in his 80s from Wollongong has taken the state’s COVID toll since mid-June to 503.

Meanwhile, a day after all NSW students returned to face-to-face teaching eight more schools are closed for cleaning and contact tracing after a person in the school community was diagnosed with COVID-19.

NSW Health has issued a list of strict measures that will be implemented when year 12 students sit their HSC next month – including the requirement to wear masks during the exams.

Exams begin on November 9 and NSW Health said a suite of measures would be enforced to ensure COVID-19 protocols were observed.

Students will not be allowed to borrow or share equipment such as pens, pencils or calculators, and shaking hands or hugging other students is also banned.

After the exams students will be required to wipe down their chair, and no mingling will be permitted before or after.

The majority of COVID-19 cases are being diagnosed in the regions and smaller cities, rather than in Sydney where the Delta outbreak first took hold.

The caseload is highest in the Hunter New England local health district, which had the most cases of any district in the 24 hours to 8pm on Sunday – 59. It had 53 cases the day before, down from 78 the previous day.

Case numbers in south-west and western Sydney once dwarfed any other area, but Hunter New England has on three occasions in the past week been the district with the highest caseload.

There is also a notable surge in the Murrumbidgee Local Health District, which takes in the Snowy Mountains and the Riverina region in the state’s south-west.

Concerns vaccination rates were lower in the regions drove the NSW government’s decision to postpone unrestricted travel from Sydney until November 1.

Regional communities wanted more time to get their double-dose vaccination rates as high as possible before welcoming back visitors.

One death, 282 cases in NSW as more schools close