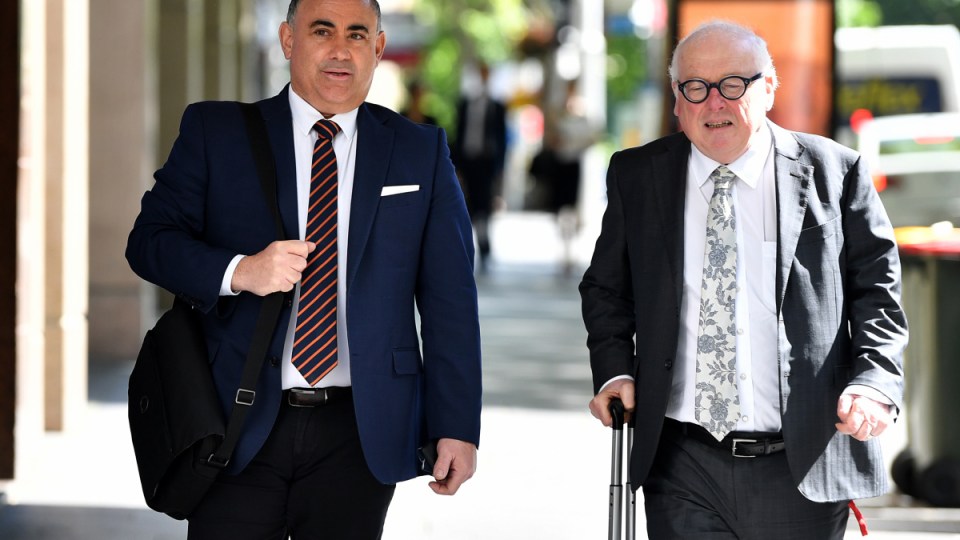 Aspects of the process in granting millions of dollars to a project being pushed by Gladys Berejiklian’s secret lover – including its “expediency” – were unusual in hindsight, former NSW deputy premier John Barilaro has told the state’s corruption watchdog.

The NSW Independent Commission Against Corruption is investigating whether Ms Berejiklian breached the public trust when she supported projects proposed by former Wagga Wagga MP Daryl Maguire, with whom she was in a clandestine relationship.

The hearings centred around a multimillion-dollar upgrade to the Wagga Wagga Clay Target Club championed by Mr Maguire.

As treasurer in 2016, Ms Berejiklian controlled the agenda for NSW’s expenditure review committee. ICAC has heard she was perceived as instrumental to the decision to revisit a business case that found the shooting facility proposal lacked merit.

Mr Barilaro – who was the minister responsible for the fund from which the money was to be drawn – began giving evidence on Monday, as the probe entered its second week.

He told the inquiry he had attended only a handful of meetings of the ERC when the funding was discussed. Now, with years of experience under his belt, in hindsight he found elements of the process in securing the grant “unusual”.

The “expediency” of the process, the fact the grant was pitched without a clear source of funding and the size or value of the assistance sought were all uncommon in hindsight, he said.

Mr Barilaro said he had no clue Ms Berejiklian was in a relationship with Mr Maguire, who he described as a “pain in the ass” and a “dog with a bone” in his advocacy for projects in his electorate.

If he – or anyone else – had known, the proposal would definitely have been handled in different way, Mr Barilaro said.

“[We] would have done everything differently,” he said.

Last week, the ICAC inquiry heard bureaucrats in the NSW Office of Sport also found the urgency of the process unusual.

They were sceptical about the project when Mr Maguire put it forward in 2012 and then again in 2016, dismissing it as “low priority” because it would compete with a state-owned Sydney facility.

But ICAC has heard the office was given a single day to prepare a document then-sports minister Stuart Ayres could take to the ERC to advocate for the project to be funded.

A memo tendered in evidence and raised at hearings shows an adviser to then-premier Mike Baird speculating that Mr Ayres and then-treasurer Ms Berejiklian had done a “sweetheart deal” with Mr Maguire.

Ms Berejiklian and Mr Maguire will give evidence this week, after a raft of current and former politicians and public servants faced public hearings last week.

Mr Ayres, the new deputy leader of the NSW Liberals, testified on Friday he did not know of the secret relationship, echoing evidence given on Wednesday by Mr Baird, who said he was “incredulous” to learn of the relationship and that it “should have been disclosed”.

Ms Berejiklian stepped down as NSW premier on October 1, when ICAC announced it would hold the public hearings examining her conduct. She denies any wrongdoing.