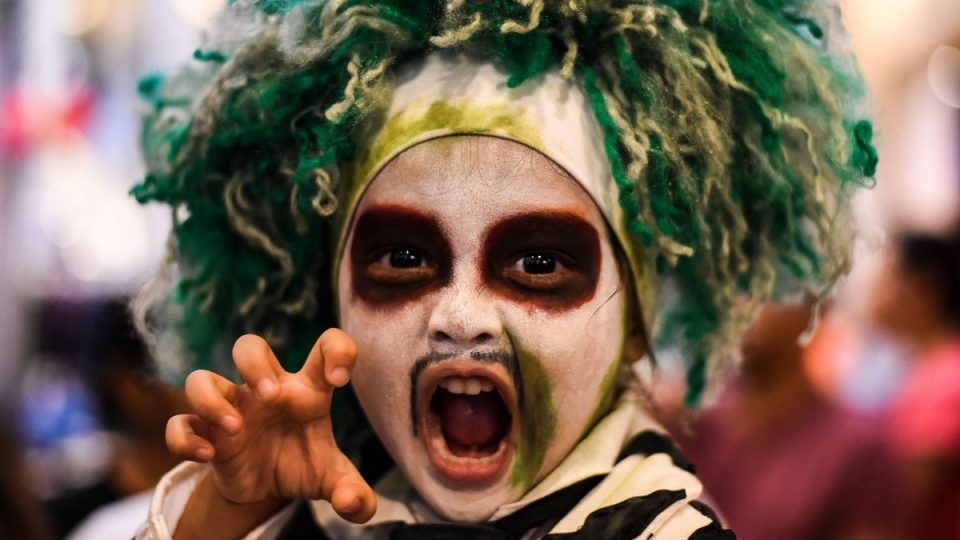 When ghouls and boys come out to play on Halloween, the spectre of COVID will be the real scare. Photo: Getty

As NSW adds a further 296 locally acquired infections to its COVID-19 caseload along with four more deaths, Halloween enthusiasts have been warned to keep their trick-or-treating safe.

“If you and your family are planning to celebrate Halloween this year … aim to keep the celebrations outside, provide closed packaging for treats and instead of communal lolly bowls consider other ways to distribute your treats,” NSW Health’s Jeremy McAnulty advised on Saturday.

“For example, along the front fence of the house or hidden in the front yard.”

The latest numbers – 36 fewer than the previous day’s cases –  come as some 480 people with the virus remain in hospitals across the state, 119 of them in intensive care.

Health officials say almost 67,000 COVID-19 tests were conducted in the 24 hours to 8pm on Saturday.

More than 93 per cent of NSW residents aged 16 or over have now received at least one vaccine dose, while 84.4 per cent have had both jabs.

Citing Halloween festivities as a potential catalyst for a revival in COVID infections, Dr McAnulty suggested families put their efforts into decorating front yards while staying in their own neighbourhoods, rather than travelling further afield.

Kids shouldn’t be sharing costume masks and their parents should check if they’ve got symptoms before heading out, he cautioned.

Elsewhere in the state, cases continue to surge in the Hunter New England area, which, to Friday evening, had the highest number of new infections of any health district with 78.

The state’s hospital numbers continue to steadily fall, having dropped from 482 to 469 on Saturday.

Some 123 NSW residents were in intensive care at the beginning of the weekend, of whom the vast bulk – 96 – were unvaccinated. Eighteen people had received one shot and nine both.

As children in most year groups prepare for a return to school on Monday, vaccination rates in the 12- to 15-year age bracket are rising.

Dr McAnulty says since restrictions eased in recent weeks there has been likely transmission in high-risk indoor venues, such as bars and gyms.

He says it’s a reminder to keep adhering to COVID-safe practices, even for the fully vaccinated.

The Stats Guy: Now that the dust has settled on the election, what’s next for the parties?
Victoria to ease more restrictions even as COVID cases hit 1935, 11 deaths
Today's Stories