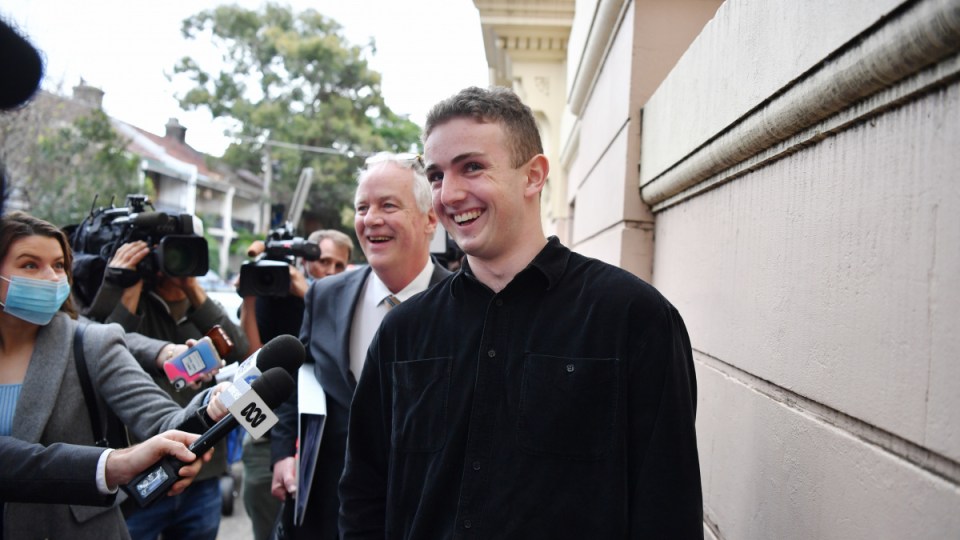 A bid to stop Jordan Shanks commenting on Kristo Langker's (right) case has been dropped.

NSW police have withdrawn their bid to have YouTube entertainer Jordan Shanks gagged from commentating on his producer’s criminal prosecution, taking a $22,000 legal bill with them.

The concession on Friday came moments before a magistrate warned she might issue a warrant for former NSW deputy premier John Barilaro’s most senior staffer for non-compliance with a subpoena.

Langker, 21, has pleaded not guilty, with his lawyers labelling the arrest “outrageous”.

Shanks, who is also fending off defamation action from Mr Barilaro in the Federal Court, has twice posted videos about the arrest, including after being served with the police application to stop him commenting on the case.

Last Wednesday, police said they were not interested in the politics of the videos but were concerned witnesses would be influenced before giving evidence in court, or would refuse to give evidence completely.

Shanks’s lawyer described the gag order and an associated application to find the entertainer in contempt as “tantamount to an abuse of process”.

Magistrate Jacqueline Milledge said the application was “broad and vague” and gave police until Friday to redraft it and run it properly.

The force withdrew the applications at the first opportunity on Friday, agreeing to cover Shanks and Langker’s legal costs of $22,022.

“That’s a reasonable conclusion today and I think that’s appropriate for all sides,” Ms Milledge said.

The court was then told the chief of staff to Mr Barilaro had failed to comply fully with a subpoena issued on her in late September for documents and phone records.

Siobahn Hamblin, through an email to the court by her lawyers, said she’d been required to return all devices to the government on Mr Barilaro’s resignation on October 4.

The only documents produced to Sydney’s Downing Centre Local Court were four pages of messages from a Whatsapp account still under her control.

“The resignation was at least four, if not six, days after [the subpoena was served],” Langker’s barrister Emmanuel Kerkyasharian said.

“There was a period of time where she was in possession of the material and required to produce it to the court.”

After multiple attempts to contact Ms Hamblin’s lawyers, Ms Milledge agreed to begin proceedings to issue a warrant for her arrest.

“It comes down to the court has been disrespected,” she said.

The magistrate suggested she might sign the warrant but keep it in her office until Monday, airing concern Ms Hamblin would be arrested at the weekend.

“They may have sent something through that hasn’t made its way to the court file,” she said.

“I cannot understand why these lawyers aren’t more … they seem to have abandoned her … they’re certainly not working in her interests at this stage.”