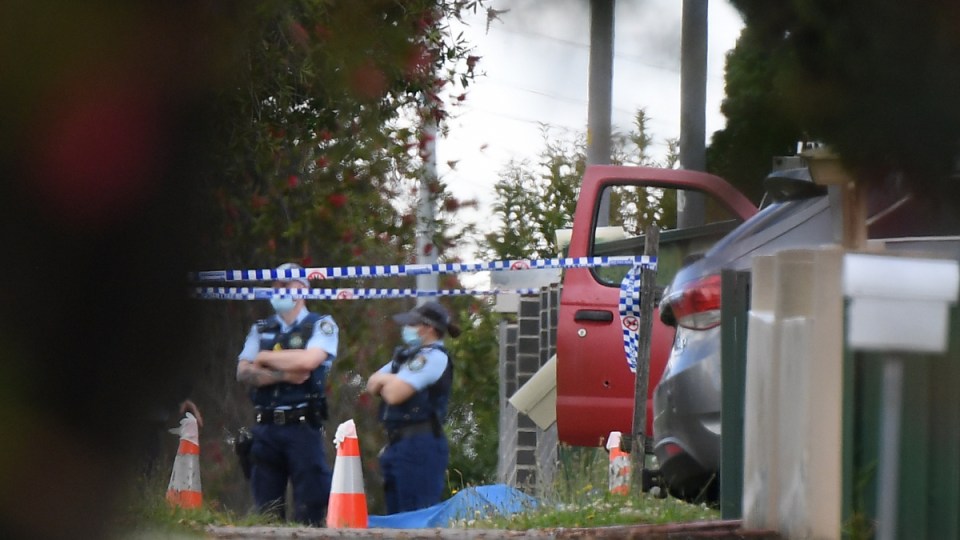 Police fear reprisals in an ongoing feud between two warring underworld families after a daylight drive-by shooting left a father and son dead in Sydney’s southwest.

Eighteen-year-old Salim Hamze and his father were discovered by police with gunshot wounds inside a ute at Guildford just before 9am on Wednesday.

The younger man died at the scene and 64-year-old  Toufik Hamze was taken to Westmead Hospital in a critical condition, where he also died.

Police believe two offenders are responsible for the double murder but don’t know what motivated it.

The ABC is reporting that a sports car pulled up outside the property before a man got out and opened fire on the pair.

The victims were “loosely related” to the Hamzy crime family, which has been in a violent turf war with with the rival Alameddine family, State Crime Command Director, Detective Chief Superintendent Darren Bennett, told reporters on Wednesday.

The underworld feud most recently claimed the life of Bilal Hamze, who was ambushed and executed by gunmen in Sydney’s CBD in June.

Salim Hamze was well known to police as someone who’d been under threat and was involved in criminal organisations, Det Supt Bennett said.

He was out on bail after being charged with firearms offences last month.

His father had no known involvement with any criminal activity.

Police don’t yet know which of the pair was the target and where they sat in the large Hamzy crime group.

“(But) when incidents like this take place, it seems like we’re back to square one and we’re investigating another double murder.”