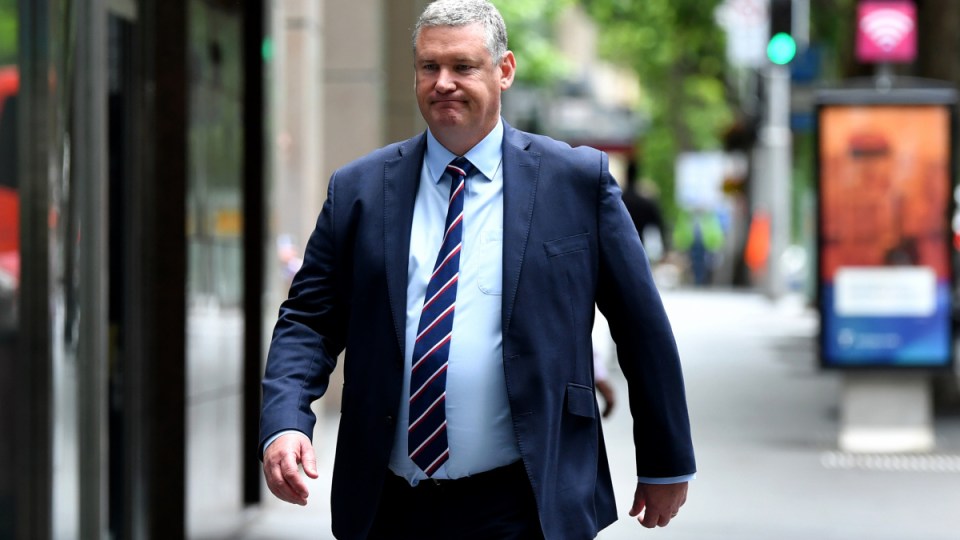 Paul Doorn has questioned the value of a shooting facility at the centre of an ICAC investigation. Photo: AAP

A proposal for a regional shooting facility that public servants dismissed as “low priority” was rushed to a cabinet committee meeting with the help of then NSW treasurer Gladys Berejiklian, a corruption inquiry has heard.

Paul Doorn, a former executive director in the NSW government’s Office of Sport, says he first became aware of the push to fund a clay shooting facility in Wagga Wagga in 2012.

He told the Independent Commission Against Corruption on Tuesday that local MP Daryl Maguire lobbied for the project to be funded in 2012, and then put forward a more elaborate proposal in 2016.

Both times, Mr Doorn concluded the project was low priority.

He was concerned that an Olympic-standard clay shooting facility in regional NSW would compete with a state-owned facility that already existed in Sydney.

“We couldn’t see how [it] was going to be to the benefit of the state of NSW,” he told the probe.

It “seemed a bit strange” that government funding would be sought for a facility that could compete with the state’s own bid to host the shooting world cup.

Nevertheless, the expanded proposal – now including a clubhouse and administrative block – ended up going urgently to the NSW cabinet’s expenditure review committee in December 2016.

That only happened thanks to Ms Berejiklian, who controlled the group’s agenda, Mr Doorn said.

Asked whether what came before the committee – which decided how to distribute government funds – was a matter for the treasurer, Mr Doorn responded: “Most definitely, yes.”

The ICAC inquiry, on its second day of public hearings, is exploring whether Ms Berejiklian’s failure to disclose that she was in a close personal relationship with Mr Maguire amounts to corruption.

The former premier admitted to the relationship when she appeared as a witness at an ICAC inquiry into Mr Maguire’s conduct a year ago.

The inquiry also heard that in October 2016, Mr Doorn’s office was given a single day to turn around a submission to cabinet’s expenditure review committee to get quick funding for the project.

Mr Doorn didn’t know the reason for the urgency, he said.

In five years in the public service, it was the only time he’d received such a deadline that pressing for a document – normally, he’d have weeks.

The Australian Clay Target Association, which devised the proposal, received $40,000 of government money earlier in 2016 to put together a business case for the Wagga Wagga facility.

Mr Doorn said it was “rare” for the government to pitch in on the funding of a private entity’s business case.

It would not have happened without the suggestion of Stuart Ayres, who was then minister for sport.

Mr Doorn agreed that the information he’d received was insufficient to support the proposal.

“When we compare it to the other projects, it just lacked detail,” he said.

Mr Doorn said that he would have made his views known to Mr Ayres but agreed that, at some point, pushing back on a minister’s decision became a “career-limiting move”.

Mr Ayres, who is now NSW deputy Liberal leader, is scheduled to give evidence to the inquiry on Friday. It’s not suggested he engaged in corrupt conduct.